Integrated Pest Management (IPM) is a strategy used to control pests and diseases in crops and Teagasc’s Brian Duggan believes that it could be a key disease-control measure in the future.

He said: “IPM is the combined strategy of using preventative, cultural, mechanical, biological and, lastly, chemical methods, if all else fails.

“We should be looking to control eyespot in wheat, ramularia in barley, potato late blight, cereal aphids and the cabbage root fly through IPM.”

According to Teagasc’s Eamonn Lynch, it’s important to consider IPM as some pests are developing resistance to chemicals.

There are less chemicals available now, which is why IPM is very important.

An IPM-approach can give direct benefits to farmers through the regular monitoring of the presence of pests. This means that farmers can act on observations made in the fields, as opposed to “swinging blindly”. 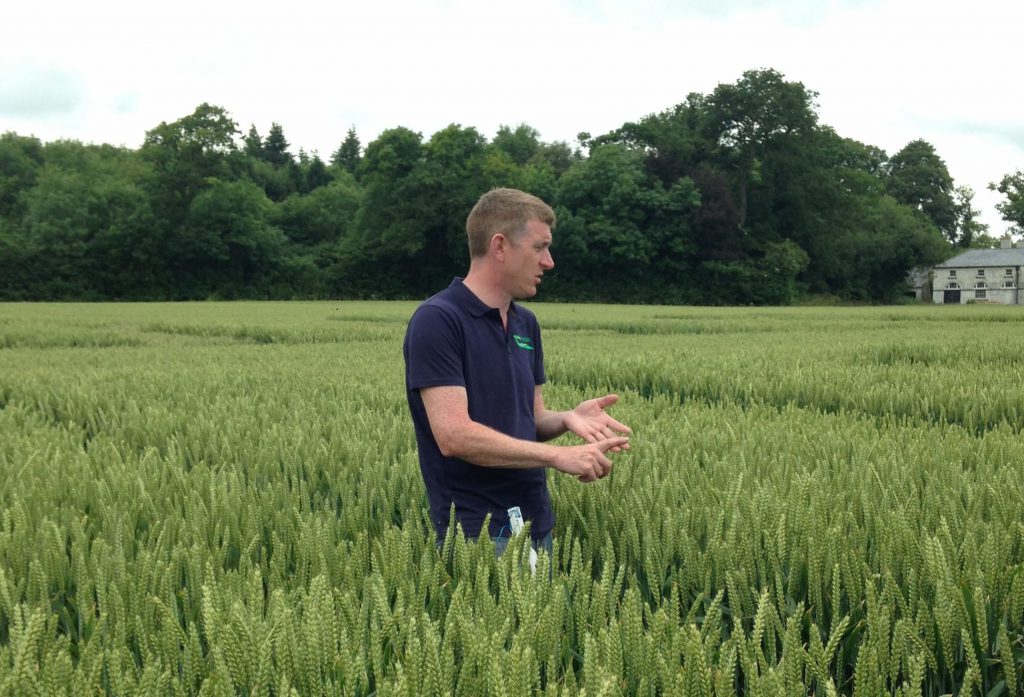 Eamonn Lynch speaking at the Crops and Cultivation open day

Teagasc says that a dependence on one method of control can prove “costly”.

The number of pesticide-resistance cases in Ireland is on the increase, according to Teagasc. This, coupled with the fact that the availability of chemical actives is declining, means that a significant challenge exists for tillage farmers trying to control pests effectively into the future.

Aphids can be controlled through biological methods, he added.

Natural enemies of aphids for IPM are:

All of the above’s larvae feed on the aphid.

These natural enemies of the aphid can be encouraged to thrive near crops if a certain amount of land on the field margin is left to go wild. A natural habitat is then provided for these predators of the aphid, Earl concluded.