Members of the Independent Farmers of Ireland (IFOI) held a protest outside the offices of the Competition and Consumer Protection Commission (CCPC) earlier today, Friday, November 15.

Approximately 30 demonstrators took part in the picket, which got underway this morning in Dublin.

According to the protesters, the demonstration was held to draw attention to the commission’s “inaction which has enabled the creation of a cartel in the beef sector”.

This, the IFOI said in a statement, “not only negatively impacts on farmers but also taxpayers and consumers in terms of the lack of choice resulting from the virtual elimination of competition in the form of butchers, artisan food producers and related business which once formed part of the fabric of rural towns across Ireland”.

The IFOI is looking for the divestment of processing capacity and rendering, and control of rendering must be taken away from the meat processors. Healthy competition is better for the farmer, taxpayer and consumer.

Similar to their protest at Bord Bia offices in recent weeks, the group reiterated their call for “fair trade, fair price, fair say” and called for a removal of age limits, the residency rule and the four-movement rule on animals. 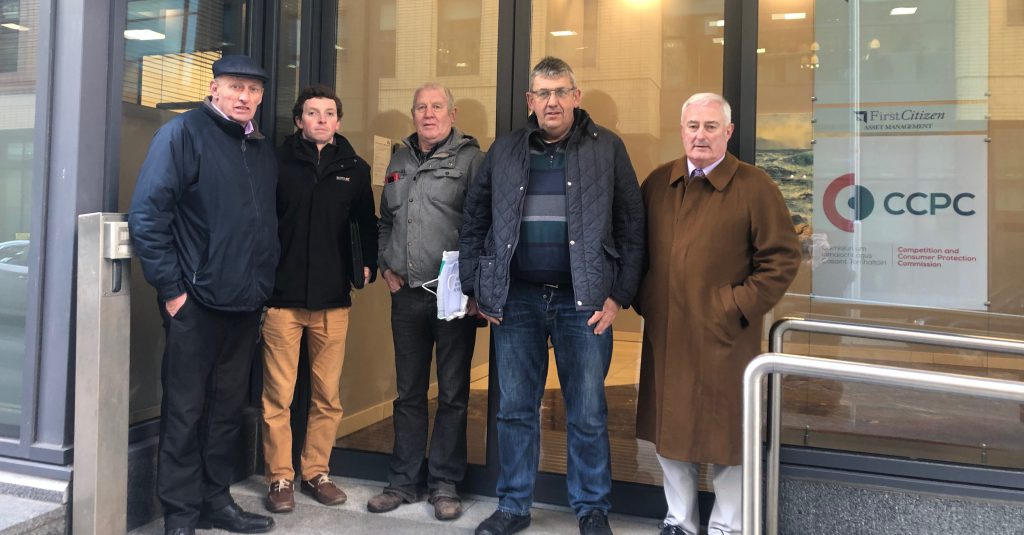 “At these offices we are drawing attention to the role of the CCPC in allowing the cartel to flourish and we will continue with these actions,” the IFOI claimed.