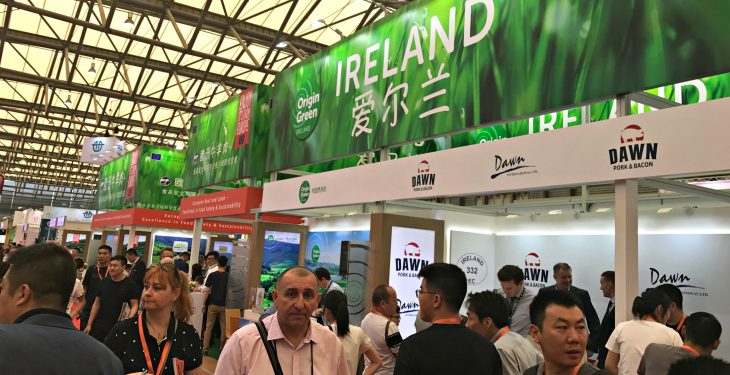 China’s pig production looks set to decline by 50% at present, according to senior manager of the meat and livestock team in Bord Bia, Joe Burke.

Speaking at a Teagasc beef and sheep seminar, titled ‘Practical Advice for a Challenging Time’, at the Tullamore Court Hotel, Co. Offaly, last night, Wednesday, November 13, Burke highlighted how this could be a key opportunity for Irish beef.

He explained to attendees that China is currently having to deal with African swine fever (ASF), which has decimated pig numbers in the Asian country.

Because pork is such a staple requirement of the Chinese diet there isn’t enough pork available on world markets to be able to fill that gap and they are buying and have already begun increasing their purchases of beef from various different international exporters.

“This represents a key opportunity now, given that we now have the ability to supply the market,” Burke stressed.

“We would see that within the next year – 2020-2021 – China’s really going to become one of our key markets, one of our top four or five markets anyway, in terms of its importance and our volume exports to that market.”

The manager noted the time-frame since access was granted, stating that Ireland only got access to China in the middle of 2018 and the first Irish beef only got the Chinese market last November. This year has been a case of testing out the market, he added.

“Obviously there has been aggressive promotion taking place over there as well in order to announce ourselves and to make sure that customers are aware of the quality of beef that they can buy from Ireland and our unique selling points.

Up until now we just had seven abattoirs which were authorised and approved to slaughter cattle and supply beef to China; now we have 19 since the announcement two weeks ago.

“So that’s a very significant development,” he said.

Burke highlighted that not all are fully ready for export with paperwork and other tasks needed to be able to sign off and export from all the different plants. “But that really increases our capabilities significantly.

“The minister is in China this week for a trade fair and to meet with customers along with Bord Bia. But there’s a really positive reaction there; I was in China myself last month and there are huge opportunities there.”

However, the Bord Bia manager added a note of caution in terms of where the market currently is:

“We have to be realistic too in relation to the potential there. We’re still talking about cattle prices that are sub €3.50/kg in terms of the base and even though the price this time last year wasn’t in any great shakes, we were at least above €3.70/kg anyway this time last year.

“So, we’re back 25c/kg even on what was a bad price, being blunt about it.

In relation to really seeing the benefit to these additional plants getting approval, it’s a market that we will see significant volume going there.

“We’d be strongly confident about even the potential there for 2020 for volumes to get up, certainly into the big five-figure sums of upwards of 15/20,000t or more as a result of just the demand out there and our capacity to supply.” 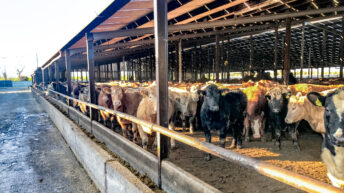