IFA President race: the nominations are in – see who will run 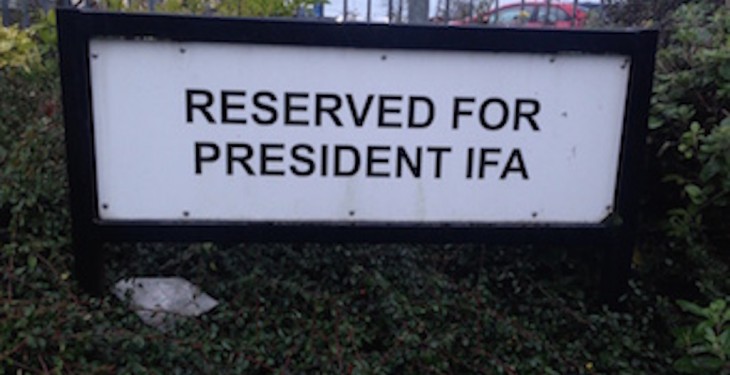 The race for IFA President officially started today, Wednesday, with three candidates after securing enough backing to submit their nomination before the deadline for candidates today at 17.30.

A spokesperson for IFA confirmed with Agriland that three candidates have the necessary signatures from five County Chairmen along with their own county and submitted their nominations.

Henry Burns and Joe Healy were the first two to submit their signed nomination forms to IFA HQ on Tuesday, some 24 hours ahead of the deadline.

Both are reported to have easily received the backing they needed across the country to contest the race to become the next IFA President.

Flor McCarthy today, Wednesday, secured his final signature to secure and said he was looking forward to the next few months.

Both Derek Deane and Tim O’Leary failed to secure the one final signature they both needed to cross the first hurdle in the contest.

Laoisman Henry Burns is the current Livestock Committee Chairman and was visible during the beef protests of 2014, but his and the IFA’s performance for beef farmers last year may be called into question as could his lack of action on the vote of no confidence in Pat Smith last January.

Joe Healy is a dark horse in the contest. While he may appeal as a change from the old guard, his lack of visible involvement in IFA since his term as Macra na Feirme President may be called into question.

Kenmare farmer Flor McCarthy had said is quite confident of his chances of winning. Considered an outside chance by many early on, he will have a lot of loyal support in the south west. Whether it translates into support elsewhere remains to be seen but his ability to secure the necessary signatures will bolster his confidence and that of his supporters.

The Race to Now

Tim O’Leary was the first to declare his interest in the role, but he probably declared too early and his association with the old regime won’t have helped him. He was still in the race until very late in the day today but failed to secure the last signature he needed.

Derek Deane also failed to secure the necessary five signatures he needed. Like O’Leary, he had four signatures plus the backing of his home county, but failed to get the final signature he needed.

It is understood that one County Chairman – Longford’s Sean Conefrey – abstained from giving either O’Leary or Deane his signature, which would have got either candidate over the line.

Yesterday, Nigel Renaghan, the IFA Poultry Chairman, announced at Tuesday’s Executive Council meeting that he would not contest the race for IFA President and would instead focus his attentions on the position of Deputy President.

Tipperaryman Tim Cullinan also withdrew from the race on Tuesday and said he would not be contesting the Deputy President role.

It is understood that the next meeting of the Executive Council will meet on February 2 and that the nomination deadline for the Deputy President and Regional Chairmen will be February 3.

It is expected that a campaign, centered around public meetings, will take place from February 8 until March 29. That will be followed by voting which is pencilled in to take place from March 30 to April 8, with the count to elect the next President of the IFA expected to be April 12.