IFA no longer cheesed off over new TV rules 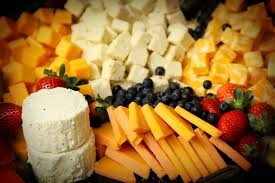 Cheese is set to be exempt from new television advertising rules much to the delight of the Irish Farmers Association (IFA).

“Cheese provides a concentrated source of calcium and many other valuable nutrients. The value of dairy and cheese in children’s diets is well documented, and both the Food Safety Authority of Ireland and the Department of Health recommend three to five portions of dairy products a day for children and teenagers. Low or full fat cheese in moderate portion sizes must be part of the options available to parents and kids as part of a balanced diet”.

“The proposal that cheese should be treated the same way for advertising purposes as other foods such as confectionery, crisps or sugary soft drinks, and that it is somehow less healthy than diet cola, was based on flawed methodology and was fundamentally wrong. We outlined in detail our objections to the Broadcasting Authority of Ireland’s proposed approach in our October 2011 submission on this topic.

According to the IFA, Recent studies have clearly shown that the prevalence of obesity among the under-18 has increased in the past 15 years, but that cheese consumption in this age group has remained stable and is in fact substantially less than the recommended daily portion of 28 grammes.

“There is no link between the incidence of overweight in Irish children and cheese consumption, and therefore no justification for the demonisation of cheese by the BAI,” Kiersey said.

“In the Food Harvest 2020 report, Government has set out a target of 50 per cent growth for the dairy sector in the next 10 years, in order to grow domestic and most of all export earnings from the industry. In this context, restricting the legitimate marketing activity of the industry would have been totally unacceptable, as well as unjustified,” he concluded.