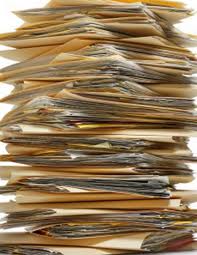 The Department of Agriculture must allow 3,500 farmers already turned down for the AEOS 3 to join the scheme later in the year. This is according to the IFA.

In a statement issued today, IFA rural development chairman Flor McCarthy said the 3,500 farmers who have been told they are not eligible for the AEOS 3 scheme must be allowed into the scheme.

“Minister Coveney must realise that the agri-environmental scheme is a vital component of these farmers’ incomes. The minister should allow all 3,500 farmers who have been rejected the option of starting their environmental contracts later in the year or from 1st January next year.

“The selective criteria that was used is a very blunt instrument and cutting off farmers based on farm size discriminates against those who are fully dependent upon farming. Indications from the Department of Agriculture would suggest that the cut-off point was 22ha. For many farmers who have over this farm size they are fully dependent on agriculture as their only source of income,” McCarthy added.

The IFA is now advising any farmer who has been turned down for AEOS 3 to appeal to get into the scheme.

“Farmers who have rented in land on a conacre basis should not be used in determining the total farm size. The agri-environment scheme over the past number of years has proved a vital support for farm income.

“With 13,000 farmers due to finish REPS 4 at the end of the year, Minister Coveney must put in place a mechanism whereby either these farmers are allowed to continue with their REPS 4 contracts for a further year or alternatively he must put an AEOS 4 scheme in place. Many of these farmers are on low income and the direct supports to schemes such as the AEOS and REPS play a vital role along with other farm schemes.”