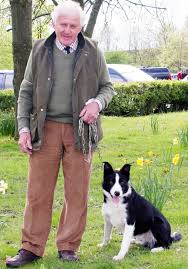 Bob the border collie has run rings around the competition by becoming the world’s most expensive sheepdog and fetching E11k at auction.

The staggering price was the highest ever paid for a working sheepdog at an official sale, smashing the previous record of €10,000 last October.

The 15-month-old was sold last week by retired Irish farmer John Bell, 82, who lives in East Yorks, the UK for many years. The world-renowned trainer paid just E650 for the pricey pooch last year, when he was a 13-week-old pup.

The lucky buyer last Friday at Skipton Auction Mart was an anonymous telephone bidder. But it is believed that Bob is destined for a new home in the US.