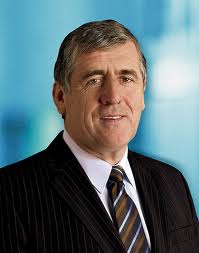 The Government has appointed Tipperary South TD Tom Hayes as Minister of State at the Department of Agriculture, Food and Marine.

Minister of State Tom Hayes will take over the role held by the late Shane McEntee and will have special responsibility for forestry, horticulture, the greyhound industry and food safety.

Tom Hayes is a beef farmer from Golden, Co Tipperary. He has served as a Dáil deputy for Tipperary South since his election in a bye election in 2001. He was previously a member of Seanad Eireann from 1997 to 2001.

“Tom Hayes has a deep understanding of the agriculture sector and I am confident that this, along with his political and farming experience, will equip him very well for this important and challenging role,” said Taoiseach Enda Kenny.

“I am delighted and honoured to have this opportunity to serve as Minister of State,” said Hayes. “I look forward to working closely with Minister Simon Coveney and other Government colleagues on the continued development of these very important sectors.”