IFA Livestock Chairman speaks out about beef, Brexit and Brazil

He announced that, according to projected results on beef given at the Civil Dialogue Meeting, prices are forecast to rise while EU production falls in 2017.

Woods added that the strong trade balance of greater exports than imports will increase over the coming year, as predicted by the EU Commission.

On Brexit, Woods stated that the IFA highlighted the major impact it presented to the beef sector in Ireland. It was noted that producers took a price hit of €150m, mainly because of the devaluation of Sterling, in the latter half of 2016.

Woods said the IFA is making it known at the meeting that the Irish agricultural sector is vulnerable beyond all other Member States and sectors in Brexit negotiations.

He added that there has to be a comprehensive free-trade agreement between the UK and the EU, should the UK actually exit the single market.

Such an agreement must include particular elements such as tariff-free trade for food and agricultural products; the application of the common external tariff to imports into the EU and the UK; and the maintenance of equivalent standards for food safety, the environment, and animal health and welfare.

Woods underlined the need for this, highlighting the fact that 50% of Irish beef exports go to the UK market.

It’s a high-value market and consistently pays above the EU average. Any reduction in access to, or the value of, the UK market would have a very negative impact on the Irish beef sector, and potentially the overall European beef market.

Referring to the Brazilian beef scandal, the IFA Livestock Chairman said that the IFA made it completely clear to the Commission that stronger action must be taken against Brazil.

Latest reports, Woods said, suggest that basic requirements are still not being met in Brazil for standards, food safety and traceability.

He reminded that it is nearly a decade since serious failures in the methods of monitoring the implementation of standards by authorities in Brazil, compared to their European counterparts, were uncovered by the IFA.

Following questions on EU audits in Brazil, the Commission agreed to begin a series of additional FVO (Food and Veterinary Office) audits on the meat sector in Brazil – beginning from next month. Woods said these audits need to be thorough, and get to the core with proper follow-up action. 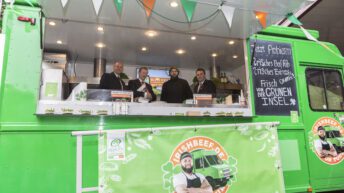