IFA expects backing of Minister on price and spec at roundtable 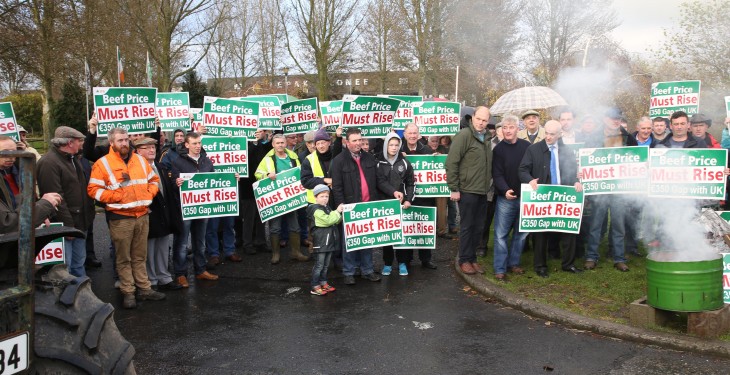 Following the IFA 48-hour protest at the meat factories, IFA President Eddie Downey said IFA will participate fully in today’s beef roundtable, where he expects Minister Coveney to strongly support the case made by IFA to resolve the specification issues and insist that the improved UK market returns are reflected in better prices to farmers.

He said Minister Coveney must now address the outstanding issues on specification and have all the issues ratified at tomorrow’s Beef Forum. He said farmers are demanding that there must be a bonus payment for all Quality Assured animals and more progress made on the unscientific 30-month age limit.

Downey said this week’s protests showed the steel and resolve of farmers across the country is very strong and they are determined that the factories must respond on prices to reflect the increase in returns from our main export market in the UK.

He said the thousands of farmers who have turned out and protested at the meat factories have made it very clear that the factories must return viable prices to farmers.

Eddie Downey said the IFA National Livestock Committee and Executive Council will meet following the outcome of tomorrow’s Beef Forum meeting with Minister Coveney to decide the next steps in the IFA beef campaign.