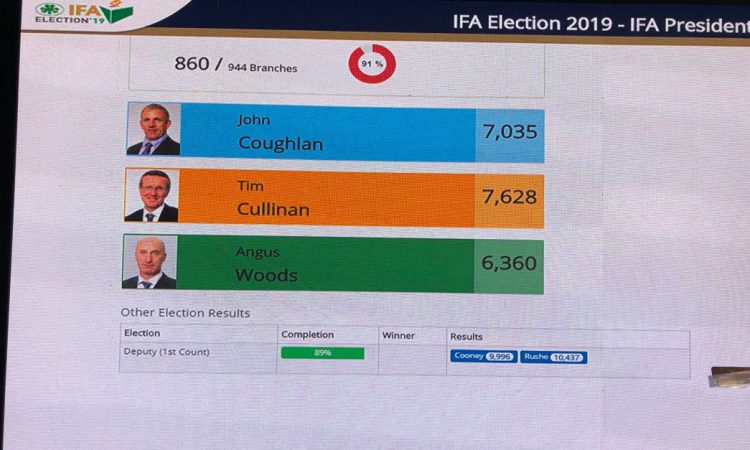 Tim Cullinan is in the lead in the IFA presidential election at the conclusion of the first count, with 8,334 votes cast in his favour.

Meanwhile, Angus Woods has been eliminated after the first round, with 7,149 votes going his way. This leaves it as a two-horse race between Co. Tipperary’s Cullinan and Co. Cork’s John Coughlan, who has achieved 7,402 votes thus far.

The second count is now under way to decide between John Coughlan and Tim Cullinan in #ifaelection2019 pic.twitter.com/gUuAKiam44

The second count is now getting underway immediately, following the announcement of the first count results.

Crouds getting restless as anticipation mounts to hear the final results of the first count and the winner of the deputy presidential race #ifaelection2019 pic.twitter.com/Qk09OwnzOa

The counting of votes began early this morning, Tuesday, December 17, at the Castleknock Hotel in Dublin, and followed on from the voting procedure that took place at IFA meetings around the country between November 25 and last Friday, December 13.

The three-way campaign began on October 21, when a series of hustings at various locations around the country began.

These debates concluded on November 21.

Meanwhile, it was also announced that Pat Murphy has been elected as regional chairperson for Connacht. 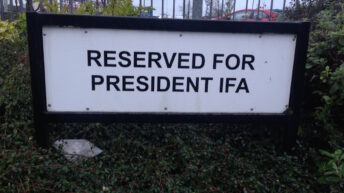