IFA calls for introduction of Aids to Private Storage 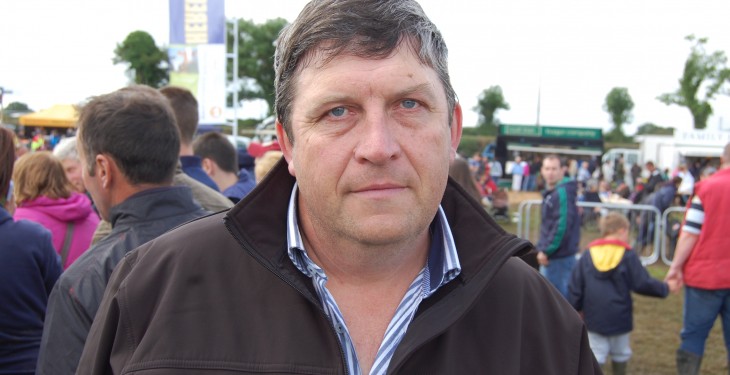 IFA Deputy President Tim O’Leary has told Agriland that the European Commission must introduce Aids to Private Storage as a response to the 12 month EU food import ban announced by Russia last week.

“There are two aspects to this unfolding problem. Direct food sales from Ireland to Russia amount to approximately €250 million Euros per year. In relative terms this is quite small, constituting less than 2.5% of total exports.

“However, countries such as Germany and the Netherlands do export large quantities of food to Russia, which must find a new home. This additional produce will have a significant downward pressure on international food markets. The most obvious way for the EU Commission to deal with this problem is to introduce Aids to Private Storage,” he said at the Tullamore Show today.

“Politics, played out at EU and international level, have created this problem. So why should food companies and farmers carry the can for an issue that was not of their making.”

IFA President Eddie Downey also attended the 2014 Tullamore Sow. Commenting on the challenges facing the beef sector, he said: “Livestock farmers cannot survive another year of severe price and income cuts. The responsibility lies squarely with the Minister for Agriculture Simon Coveney to address the key challenges for livestock farmers. We expect him to take a much more hands on approach in tackling the issues that are negatively impacting on farm incomes.”

The IFA President pointed out that, after concerted pressure from his organisation, the Minister conceded to the establishment of a Beef Forum and it’s now time for real progress and results.

“Minister Coveney must assert his authority with the factories and insist that they respect the agreement they entered into with farmers on the price grid under the Quality Payment System. He must insist the factories remove the unfair specifications cuts on dual pricing, weights, age and breeds that were never part of the QPS.

“The Minister must also act to remove the roadblocks impeding the important live export trade to Northern Ireland so that competition and the single market are allowed to freely operate. “IFA has been working hard with processors in Northern Ireland and branding solutions have been put forward which can resolve this issue. Minister Coveney needs to strongly support these solutions, as time is running out before the autumn trade intensifies.”