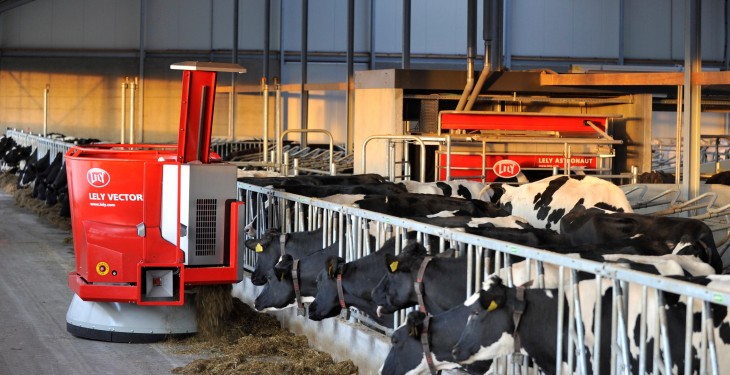 Increased confidence in the dairy sector is helping more producers to invest in their businesses for the future, according to rural accountant firm Old Mill.

“After a dreadful farming year in 2012 for many, the 2013/14 trading year has been much better; with stronger milk prices, stable costs and improved production,” says head of rural services Andrew Vickery.

Old Mill has analysed a sample of clients’ accounts with March 2014 year-ends, which show that average milk prices were up by 2.8p/litre – or 9% – on the previous year. “Average direct costs increased by 0.3p/litre, so the gross margin jumped by 18%, excluding the single payment and other income.”

As a result, most farmers in the dairy sector are quietly confident for the months ahead. “As ever, there are potentially some issues on the horizon, but the strong early trading conditions in the current 2014/15 financial year mean that most dairy farmers feel more resilient to deal with these,” says Mr Vickery.

The likely impact of milk quotas being abolished next spring is still difficult to predict, with the potential for both increased imports from Ireland and greater export opportunities to the Asian market. “With UK milk production running 5% ahead of last year, as well as strong production in the EU, US and New Zealand, global dairy commodity prices are already under pressure.”

DairyCo’s Actual Milk Price Equivalent, based on a basket of commodity prices, was pegged at 30.9p/litre in July – 8.9p/litre down on the same time last year, he adds. “If this downward trend in commodity markets continues then there will no doubt be pressure on the processors to drop milk prices further.”

That in itself is not necessarily a bad thing, provided that costs can be reduced by at least the same level. “Feed prices should be lower this winter – and the good weather of recent months should help to keep dairy farmers’ costs down as well,” says Mr Vickery.

The effect of the strengthening pound in recent months will also have an effect on the market. “Imported commodities – notably proteins like soya – are likely to get cheaper, while putting further pressure on UK arable exports. However, there will equally be pressure on dairy exports, and imported dairy commodities will become more competitive.”

Last year’s higher dairy profits are, unsurprisingly, leading to higher tax bills for some farmers – but with some careful planning these can be kept to a minimum, says Mr Vickery. “A good number of our clients are taking the opportunity to reinvest in their businesses, and improved confidence in the sector is encouraging many businesses to do the same, rather than simply looking to repay debt with surplus profits generated.”