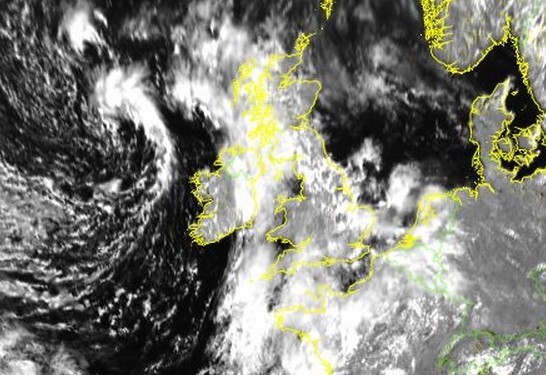 According to Met Eireann there are indications that the tail end of Hurricane Bertha could give rise to some heavy rain later in the weekend.

Forecasters are saying that things a little bit uncertain at the moment about Sunday, but the indication is that we will see some heavy rain in through eastern areas with some heavy showers elsewhere.

But for tomorrow, Saturday, there will be a lot of dry weather around with spells of sunshine too. But showers are set to develop through the course of the day they will be fairly short lived though. Highs tomorrow will range from the mid to the high teens.

Rather cool and windy weather is expected for Monday and Tuesday of next week with blustery westerly winds bringing in a mixture of sunshine and showers. The showers will be heaviest and most frequent in western areas.

Highest temperatures just around 16 to 18 degrees at best.

Wednesday will bring fewer showers with more in the way of sunny spells and some southeastern parts will stay dry. Still rather cool on Atlantic coasts with temperatures around 16 degrees but reaching 19 degrees in parts of the south and southeast in a moderate west to northwest breeze.

Bertha has passed through the Caribbean and is currently off the east coast of the US and is on course to move towards northern Europe.