IFA calls for the introduction of pigmeat export refunds 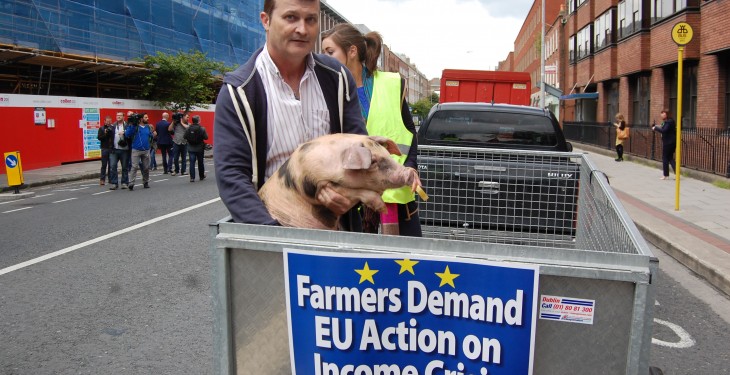 “This is the only measure that will reverse the heavy losses, which pig farmers are incurring at the present time,” he said.

“The Russian import ban has served to reduce pig prices by €25 per head over the past 12 months. Irish farmers have not managed to break even for the past 6 years. Pig producers in this country are amongst the most efficient in the world. We cannot reduce costs any further.

“Producers must be allowed to make a profit. And the only way this can be achieved is for the Commission in Brussels to introduce export refunds for pork.”

Speaking at the same event IFA president Eddie Downey said that Brussels must find alternative markets for pigmeat produced in the EU.

“And this should be perfectly feasible. What I find deeply annoying is the fact that the EU will acquiesce tamely when the shoe is on the other foot. A perfect example of this is the recent importation of 40,000t of meat products from Canada.

“This deal was agreed without any hesitation by Brussels when pressure was exerted by the Canadian authorities. So the European Commission must be equally forthright when it comes to getting new export markets for EU pork.”

Downey highlighted the threat represented by proposed trade agreements, such as the Transatlantic Trade and Partnership (TTIP), to Irish agriculture.

“These must not be introduced at the expense of destroying the prospects for Irish agriculture,” he said.

“And the trading challenge represented by the MERCOSUR countries of South America has not gone away. Equivalence of standards is the fundamental requirement of any future trade arrangement entered into by the EU with this region.