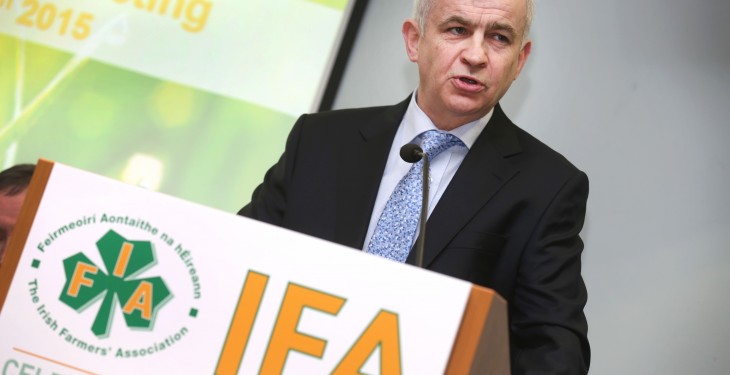 The IFA has previously raised the issue with Commissioner Hogan and will now be formally writing to DG Competition providing data in support of its request for an enquiry into the fertiliser agri-business sector .

Downey will visit Brussels in a fortnight’s time to kick start negotiations with COPA Secretary General Pekka Pesonen on the fertiliser issue.

“I have already been in contact with COPA, the leadership of which has agreed to officially endorse our request,” he said.

Downey also believes that the €7.3m spent by Yara annually in Brussels-focussed lobbying activities adds further weight to the IFA’s calls for a fertiliser price inquiry.

“Why does one company need to spend do much money on lobbying activities? This is a specific question which DG Competition must put to the fertiliser manufacturer,” he said.

While Ireland will be taking the lead on the fertiliser price issue, Downey recognises that the calls for an inquiry into this matter must have pan-European support.

“This is why it is so important for COPA to back our stance. We also need Agriculture Commissioner Phil Hogan to fully support our calls for an inquiry.

“Spiralling input costs are currently having a very negative effect on farm profitability levels in this country and throughout Europe. It is now up to DG Competition to carry out a thorough and transparent investigation into the EU fertiliser market,” he said.