Are there benefits to rolling fields? Apart from thinking it looks like Old Trafford? 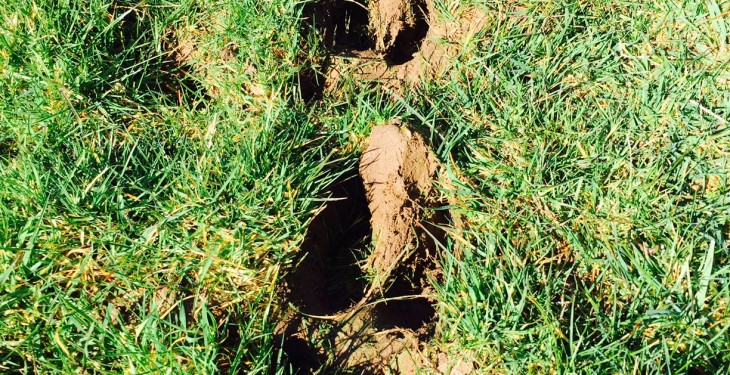 Many farmers throughout the country have been out rolling land in recent weeks, however the practice is viewed by others as the wrong option in terms of grassland management.

One person who strongly disagrees with rolling of grassland is Cathal McAleer a grassland consultant working with individual farmers and facilitating discussion groups throughout Ireland.

He says one of the core principals of good grassland management is to get as much air into the soil as possible.

“With rolling you’re compacting the top 3-4 inches of the soil. Which is the most important part of the soil structure.

“It leads to to compression, then compaction.”

McAleer has heard that some might say if a paddock is very badly damaged due to poaching rolling might be necessary.

Teagasc research on soil compaction has shown that grass growth can be suppressed by between 15-50%.

However he would say in this instance farmers are better off power harrowing and reseeding.

So why do people do it?

From McAleer’s view point, in terms of established grassland, the only benefit he sees is that ‘you’ll feel really good doing it’.

“From my point of view its completely aesthetic, your field will look really tidy.

“Guys that are really good at it can really do a nice job and leave the field looking like Croke Park or Old Trafford.”

However, McAleer says in terms of grass growth and utilisation, it will only hamper it.

According to McAleer, reseeding is the only context where rolling makes sense.

“It often is vital to the process of preparing the seedbed and dealing with stones.”

In minor poaching cases, the plant is able to repair itself reasonably quickly and tiller density quickly returns to normal.

In moderate poaching events grass seed should be broadcast as soon as the ground has firmed up. Often the best time to do it is just before the cows come to graze the paddock again. The cow’s feet push the seed into the ground and so it quickly germinates.

By the next grazing the new grass plants will still be too small to be grazed by the cows but they will respond to receiving direct light and will grow quickly. The addition of more grass seed will have a big impact on reducing the invasion of weeds.

By the third grazing they will be a normal part of the sward.

After severe poaching events the paddock will need to be properly re-seeded.

A pasture will return without doing anything but it will be dominated by weed grasses that will produce much less usable food for stock. If drainage is an issue, it must be addressed before reseeding takes place.

For all types of poaching, rolling is not a solution as more soil compaction is not required.

Finally, in order to minimise the risk of poaching damage in the future, farmers must continue to invest in appropriate infrastructure and changes in farm management practices.