If dairy farmers can manage grass in autumn, why can’t sheep farmers?

Sheep farmers should take note of the grassland management currently being applied on dairy farms, according to Teagasc’s Hugh Mahon.

The Teagasc Drystock Advisor spoke at a recent farm walk in Co. Carlow, where he highlighted areas that sheep farmers could learn from their dairy counterparts in terms of grassland management.

Grassland management really starts in October and farmers, whether they are beef, dairy or sheep, need to plan ahead to ensure that they have enough grass next spring.

“Dairy farmers are able to do it so there is no reason why sheep farmers can’t,” he said.

Mahon highlighted the benefits of autumn grassland management at a farm walk on John Byrne’s farm in Bagnelstown, Co. Carlow.

The Teagasc Advisor said proper grassland management in the back end of the year can reduce the dependence on concentrates at farm level.

“Grass demand is greatest in the spring time when farmers need grass for dairy cows to produce milk, beef animals to thrive and ewes to have milk for their lambs,” he said.

“What farmers do over the next couple of weeks has a huge impact on next spring. Farmers need to sit down and do up a plan.

Plans can change, but if you have a plan in place you have an idea of where you are going to graze next and what paddocks are going to be closed up first.

Creighton also told the 40 farmers in attendance that one of the key benefits from making the most of grazed grass is the considerable reduction in the amount of concentrates and silage needed at farm level.

This is important, he said, as silage can be up to two times the cost of grazed grass, while concentrates can cost three-to-four times as much. 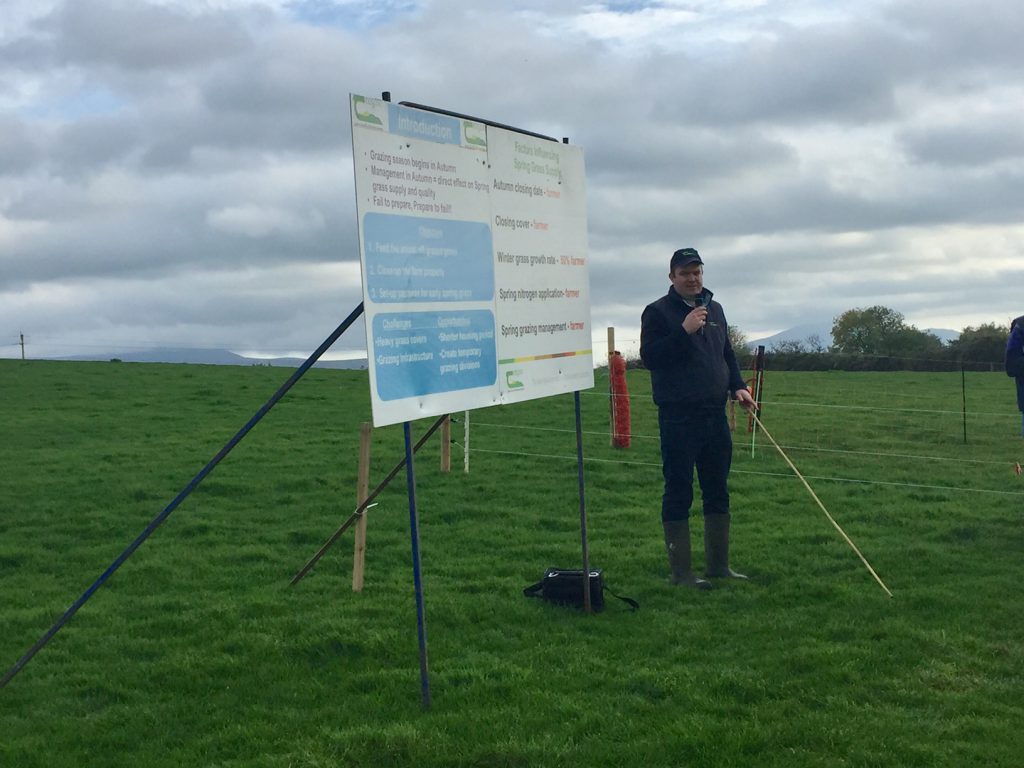 Teagasc Sheep Specialist Ciaran Lynch also spoke at the farm walk, where he discussed the effects closing date will have the amount of grass available on sheep farms next spring.

He said that grass requires a 120 period to rejuvenate and for cover to build over the winter months and farmers should avoid the temptation to regraze previously grazed paddocks.

Lynch also spoke about the target closing dates that sheep farmers operating a mid-season lambing flock should be aiming for over the next couple of weeks. 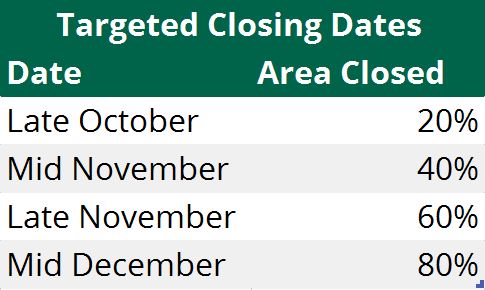