The 34th National Dairy Show saw a number of awards handed out for innovation, recognition, best trade stand as well as for the cattle on show.

MSD Animal Health took home two prizes, including one for best trade stand where they competed against a record 120 other stands at the event.

Bovilis.ie includes a new web-based tool that enables veterinary practitioners to develop a customised vaccination calendar as part of the herd or flock health plans for their farmer clients, according to MSD.

While currently built for vaccines, the intention is to expand the tool for use in parasiticide treatments and routine farm husbandry. 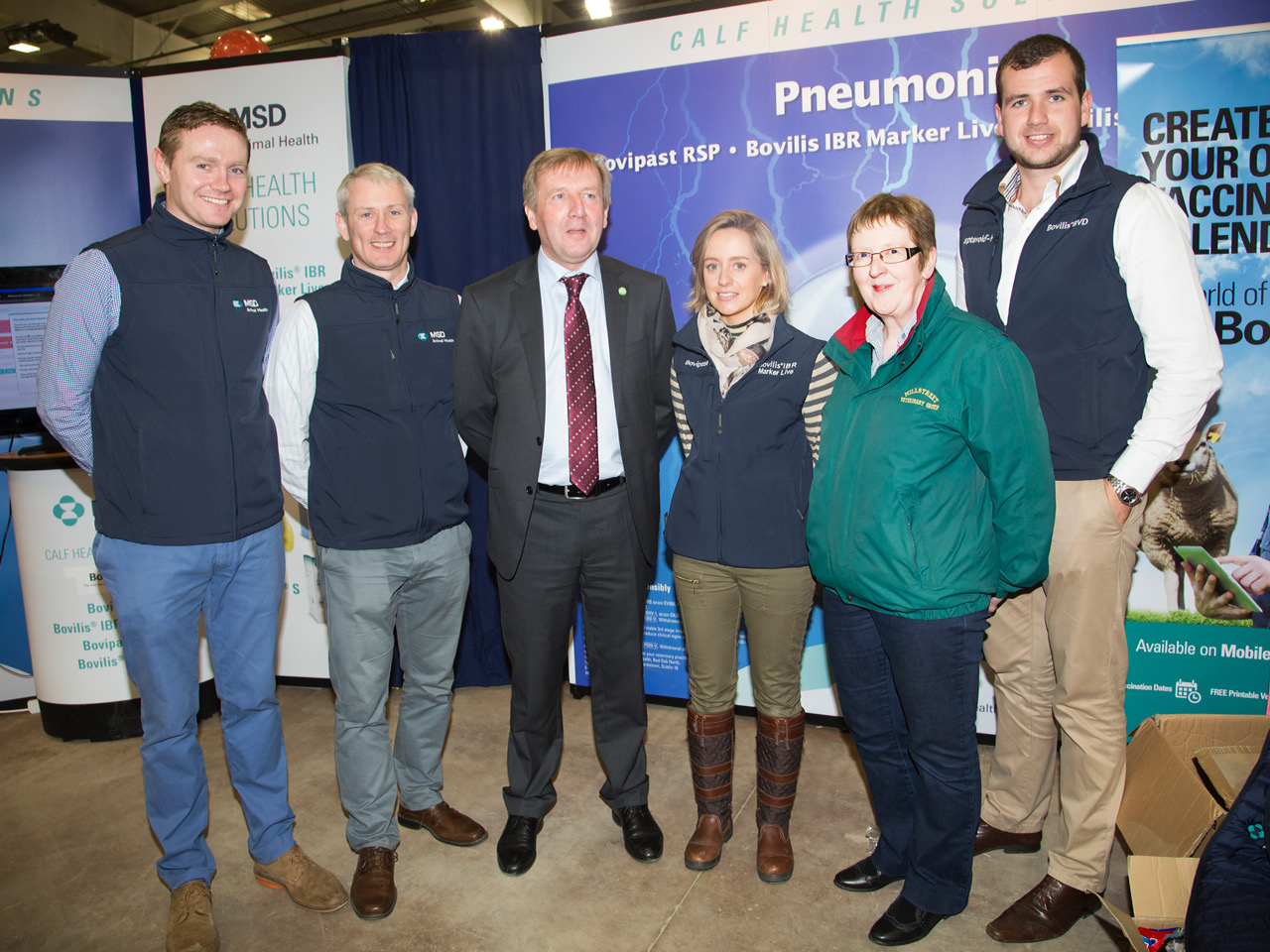 The grasshopper, which was trialled in Teagasc Moorepark, interacts with existing third-party management software to help dairy farmers with the ongoing challenge of cost reduction while maintaining high quality output.

The new grass measuring tool was awarded the Technology Innovation award and the Overall Award in the Science, Technology and Engineering categories.

At this years National Dairy Show, Kathleen Kelly from Cahir, Co. Tipperary was announced as the recipient of this year’s National Recognition Award.

This award is bestowed upon a person who has played a leading role in Pedigree Cattle Breeding and who has also contributed to the wider dairy industry.

Kelly has been a leading cattle breeder and a show enthusiast and has served as Company Director and Manager of a leading AI company.

She has also served on the board and as a past President of the Irish Holstein Friesian Association (IHFA).

With regards to the cattle showing competition, Laurelelm Shottle Daffodil2 owned by the Barrett family was declared the National Dairy Show 2016 Supreme Champion.

A full list of the winners in the different categories can be found on the National Dairy Show website.