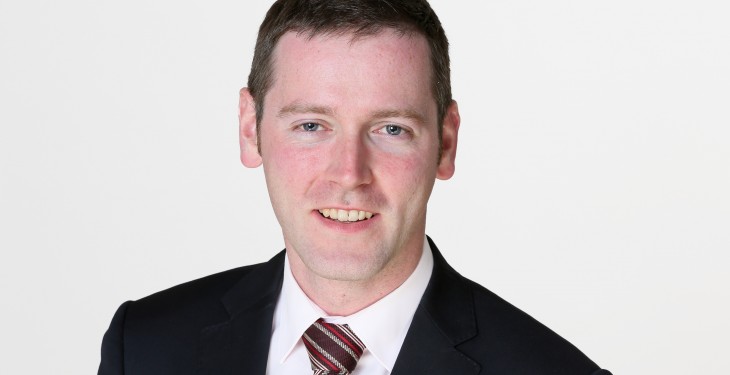 AgriLand caught up with Irish Dairy Board (IDB) economist and dairy market analyst, Mark Faherty, on foot of a Rabobank‘s report this week, which found globally rising milk production costs continue to squeeze margins, in New Zealand and Australia in particular.

The IDB is an Irish dairy co-operative, owned by Irish dairy processing co-operatives and dairy companies and, through them, by Irish dairy farmers. The IDB exports to over 90 countries worldwide and most recently invested some €20m in a number of projects in Saudi Arabia.

On the current costs of production in many dairy farms across Ireland, does the IDB consider them on average to low, about right or too high? “Ireland has a low-cost model, but quota constraints have limited the capacity of Irish farmers to optimise this,” he said.

The economist did conceded that precise information on production costs on dairy farms is somewhat lacking. “Information is limited in this area, but some valuable sources exist from data gathered by co-ops, Teagasc and others,” he noted.

“More rigorous observation and benchmarking of costs would be welcome, especially alongside information as to how lower costs can be achieved.”

Asked the IDB view on Ireland’s likely production costs if expansion takes place to the extent that is expected and hoped for, the economist and dairy market analyst forecasts that costs will reduce.

“The expectation is that average costs of production will reduce as the most efficient and productive farms increase output most, and exploit pent-up efficiencies that milk quota has prevented from being realised.”

Pressed on production costs post quota and expansion for many dairy farmers, if there are too high will this leave the entire industry very vulnerable to price and/or weather volatility, the IDB economist stressed the lower the costs, the better able the industry will be able to cope with volatility.

“At present, Ireland’s cost of production does not leave us in a vulnerable position relative to European peers, where costs are typically higher.”

Asked specifically on Rabobank’s dairy cost of production report and taking into Ireland fodder crisis earlier in the year, should Ireland’s emphasis for the next five years be on growing more grass and developing low-cost advantage, and then look to increase milk output, Faherty was confident that Ireland has “ample capacity to tackle both challenges simultaneously”.

“Indeed the years of quota have given many farmers time to focus on costs and these enterprises are now primed to expand in an efficient and productive manner. Farms where costs are excessively high will find it difficult to remain competitive, not because of quota abolition, but because of global market evolution. The global market for dairy on which Ireland depends will not pay a premium for inefficiency.”