And it is a state of affairs that greatly concerns ICMSA Dairy Committee Chairman Gerald Quain.

“While all three of the Irish processors lagged behind their EU counterparts, the price paid by Glanbia was over 3c/L less than the average.

“This is an astonishing situation, given the levels of income pressures that their suppliers are under,” he said.

Quain believes that the figures contained within the standardised price comparison tables also raise very serious questions about the usefulness and commercial logic behind the drive to add value, which has been engaged by several  Irish processors.

He also pointed out that Fonterra, which is geographically nowhere near the best markets and is focused almost exclusively on base commodity product is able to pay 28.46 c/L. 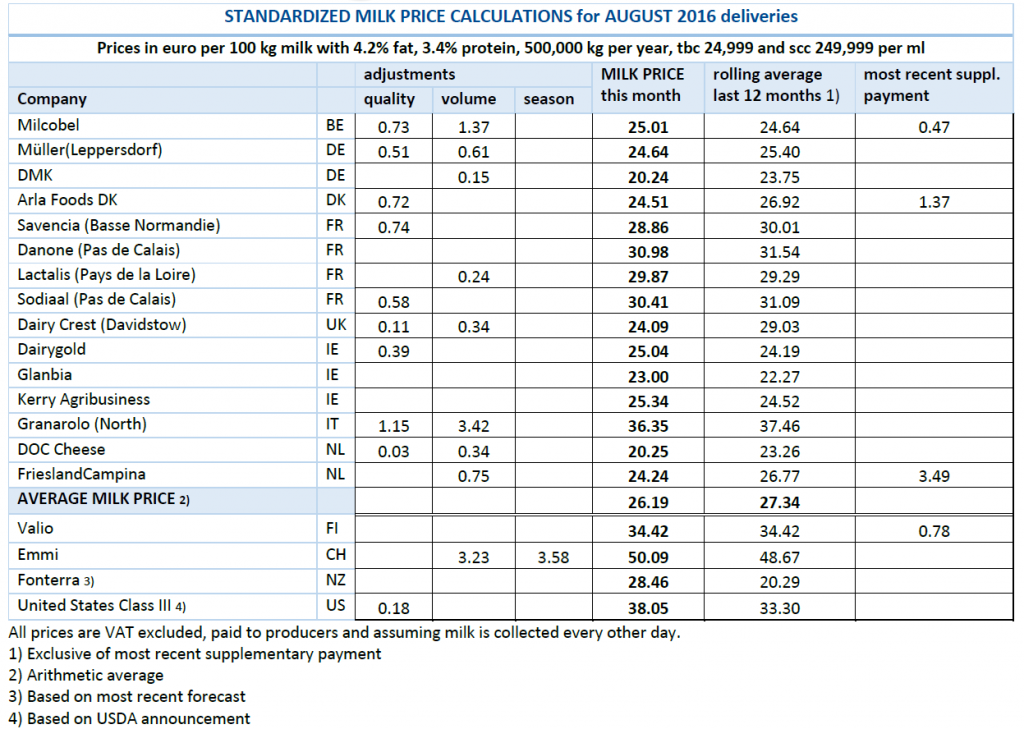 “This price is over 3c/L more than is on-offer from Kerry, the best-paying of the Irish Big Three.

This very emphatically calls into question all the hype we heard from our processors and co-ops about the need to diversify product ranges and add-value.

“Now we see that we’re getting a milk price that’s over three cents per litre less than Fonterra a business that is essentially producing commodity dairy products. These are then transported huge distances in order to reach their markets.

“What was the point of the drive to add-value if we can’t even get the price that Fonterra pay their suppliers?  As the market gains strength these questions become louder and more urgent.”

In recent weeks, both ICMSA and IFA called on the co-ops to pay a farmer price of at least 30c/L. Both organisations justify this demand on the current strength of European Union dairy markets.

It is also believed that the market impact of the EU’s voluntary milk reduction scheme will be, increasingly, felt over the coming weeks.

ICMSA office bearers, in particular, are of the view  that EU milk markets will remain relatively strong right through to spring 2017.