ICMSA calls for ‘greater collaboration’ between beef and dairy farmers 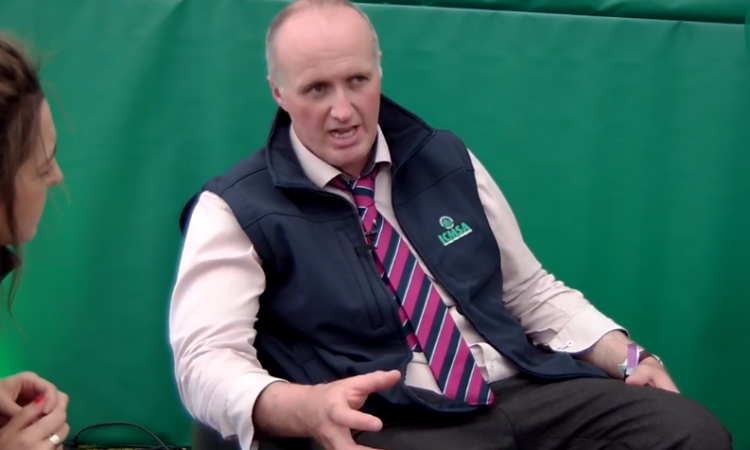 The Irish Creamery Milk Suppliers’ Association (ICMSA) president, Pat McCormack, has called for greater collaboration between beef and dairy farmers in the future.

Speaking at the AgriLand live stream at the National Ploughing Championships 2019, McCormack spoke about the Irish Beef Sector Agreement, which was announced on Sunday, September 15.

Asked about his opinion on the recent agreement, he said: “I’m not going to say it’s good deal for farmers. However, I feel that our industry needs to get back up and moving.

We are doing severe damage to our reputation as an industry, and we are not going to be able to fulfill our commitments. I would encourage all farmers to get their hands on the agreement and read through it.

“The introduction of a new in-spec bonus of 12c/kg for steers and heifers under-30 months in the categories of grade O- and fat score 4+ which currently does not qualify for any bonus is an added welcome.

“However, there was a vote in our local area which took place recently and the verdict was that farmers wanted to stay on the picket line.

“There are 200,000 cattle to be brought in for the in-spec bonus. The majority of protesters want to stay on the picket line. Furthermore, a silent majority of farmers that are not on the picket are anxious to kill stock.

We don’t want to see a farmer, through no fault of his own, in battle with a vulture fund as a result of not being able to make their commitments to financial institutions.

“There is huge frustration among farmers and I understand completely why they went out on the picket line. They’re in a low margin business which has resulted in a no margin business,” he added.

Pat continued by saying: “56% of the animals slaughtered annually originate from the dairy herd.

“We are hearing that the dairy calf is a by-product of the dairy herd, which in fact is not the case; they are the tool that can be used for beef farmers that can create a viable income.

As an industry, we need to be returning something to the beef farmers that will sustain a viable income.

“They are the backbone of rural Ireland; we have 26 counties with the same economic driver- agriculture. I believe there will be a more transparent industry in the future which should help.

I feel there needs to be greater collaboration between beef and dairy farmers in the future.

“The dairy herd has expanded and there is an issue at the peak calving period in February and March. If farmers start working together we can develop a solution to this growing problem.

“There is an obligation on the dairy farmer to breed an animal that has a purpose on a beef enterprise, that can leave the farmer with a margin,” Pat concluded. 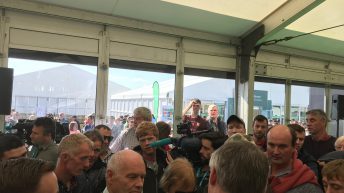