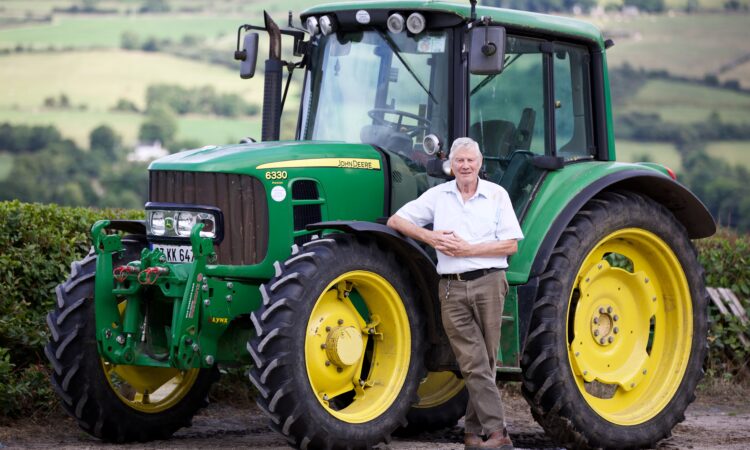 Co. Carlow farmer Tom Lucas remembers better than most of his vintage the drought of 1976.

“What sticks out in my mind was that I got a finger off in the harvest.

“We were cutting corn and it was night time. I was wondering about the dew and whether we would stop or keep going. I looked into the lorry to see if it was full.

“As I jumped off the side, my ring got caught. I lost the finger,” said Tom, whose beef, sheep and tillage farm is at Ballinree, Borris.

The accident made me very aware of anyone doing manual work while wearing a ring. I would chastise them over it.

“Everyone was so busy cutting corn and all of a sudden I was whipped off to Dr. Steevens’ Hospital for a fortnight. When I came back, the straw was all drawn home. The whole job had been finished by neighbours.

“1976 was a very dry year. I remember sitting outside the hospital in September and the heat was something else,” said Tom, who has five children.

Tom’s son, Alan, is an agricultural contractor working from the farm; Glenn is a well-known wood-turner who lives close to the farm; Shane is farming in Australia; Niall works in plant hire in Carlow; and Tracy is a nurse.

“I remember the smell of the tar melting on the roads. It would be flying off the bicycle wheel into your face. The roads were smooth and dangerous at the time. The land was brown. People called it an Indian summer.”

At a time when foreign holidays were rare, the Borris farmer remembers his family going to Duncannon beach to cool off during the intense heat.

“It was lovely – it was so flat and it was half a mile out to sea. You wouldn’t get the crowds you’d get now at the beach. Unfortunately afterwards the litter and dirt got shocking there.”

This year’s drought has had a big impact on his farming activities. “Silage is well back and corn is back too – it didn’t rain from the time it was sown. I’ve given fodder beet to the sheep and silage to the cattle, with not very much left.

However, the sheep held their own, and I’m an optimist. When you get to my vintage you won’t worry too much. During this year’s drought, I had the option of taking a siesta. In 1976, I wouldn’t have had time to talk to you.

Tom also remembers the arctic siege of 1947. “We lived off the beaten track and there was nothing to clear the roads. We were held in forever. Now there are all kinds of loaders.”

He recalls this year’s storm blowing snow off beet. “It’s an ill wind that doesn’t blow some good.” 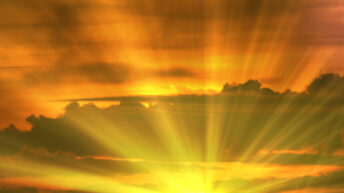