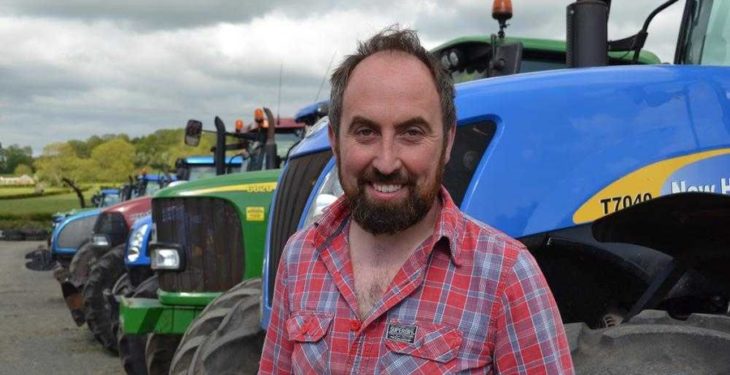 A Co. Antrim farmer whose shed burned down at the weekend has said he has been left with no option but to buy in straw at £18 (approximately €20) a bale to get him through the winter.

It’s expected the damage will run into hundreds of thousands of pounds, but one of the worst consequences, he said, was losing his entire supply of straw.

It comes at a time when straw is already at short supply across the province.

Firefighters helped to move the cattle

The family currently run a herd of 700 cattle and 1,200 sheep at their farm in Randalstown, as well as a tractor dealership.

“It was a bit of mess,” he said. “There was straw and meal and barley in it; it was my whole winter supply of straw.”

Other than the affects of smoke inhalation, he said it was lucky no one was harmed in the incident.

“I was okay. I did have a bit of smoke inhalation; but I just wanted to get the cattle out. I was coughing a lot after it and very thirsty for a few days, but I’m fine,” he said.

The animals had to be moved from an adjacent shed which was also quickly filling with smoke.

A farm worker first alerted him.

“The cattle were going mad. The young fella who lives in the caravan in front of the shed heard the noise of everything that was going on; he went to investigate.

But despite their best efforts it was too late to save the contents of the shed.

By the time firefighters received the call, at around 10:00pm, the blaze was well underway. They spent a gruelling 22 hours on the farm working to control the fire.

“We’re not sure exactly how many bales were inside at this stage; we haven’t begun to count it all up yet. But there were some left over from last year, so it would have been a full year’s worth.

“Now we’re having to buy it in at £18 (approximately €20) a bale. We’re hoping it will be less from now on but we don’t have much choice. At the minute we’re at the mercy of the insurance company and their loss adjusters.”

Four days on, the fire is still smouldering. An investigation has begun into the circumstances surrounding the fire, but Alexander explained it will be a long time before things are back to normal.

“It will cost hundreds of thousands – if not more. The shed is massive and the whole structure of it is wrecked and all the straw is wrecked which is £100,000 (approximately €113,000) of equipment; it’s mega. I don’t know how I’ll start to rebuild it all.

“Thankfully, no one, or no livestock, was injured in the incident. The wind has been, and still is, blowing the smoke away from the farm yard so it’s blowing away from the cattle.

“It’s burning too much for us to go in and move anything – and even then we won’t know how safe it will be – we have to just let it burn.”

Alexander added that he would like to thank all of his friends and neighbours who have offered their help and support over the last few days.

“Neighbours came around that night to try and give us a hand, but we’re getting there,” he said. “I could have done without this, but you just need to re-jiggle everything to try and deal with things like this.

“Full respect to the fire fighters who were on-site for 20 hours straight; I think sometimes we forget the work that these guys do in horrible conditions,” he concluded. 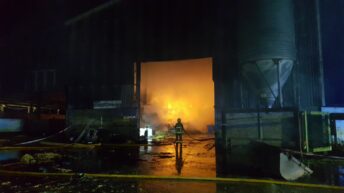