‘I can look at any breed and I appreciate every breed; the best of any breed I will admire’ 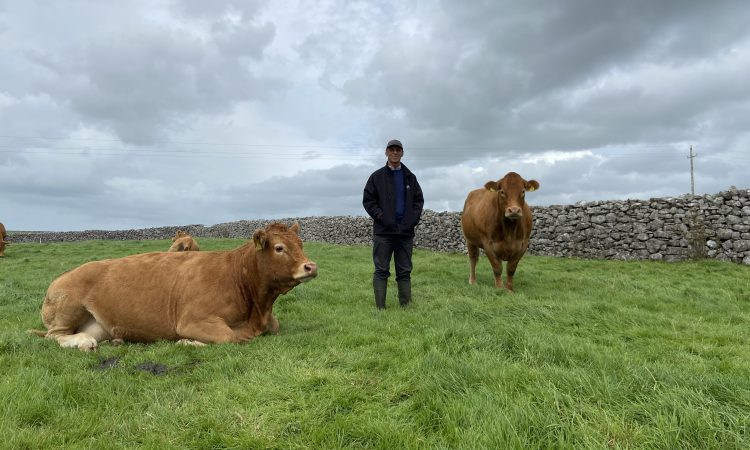 Richard O’Beirne, the well-known pedigree breeder, will disperse the females of his renowned Limousin herd – Millburn Limousin – on Saturday, August 29, as the Roscommon man takes a back seat after 50+ years in the cattle breeding business.

With a keen eye for top-quality animals, Limousin isn’t the only breed that is synonymous with Richard. He started out on his cattle-breeding journey – at the tender age of 10 – with the Hereford breed, before turning his hand to Charolais.

“I can look at any breed and I appreciate every breed; the best of any breed I will admire,” he said, as we walked through some of the impressive animals that will go under the hammer on Saturday.

The love and passion for pedigree breeding was in the O’Beirne blood, with Richard’s father – who he describes as having a great eye for cattle – purchasing the youngster’s first Hereford cow at Mountbellew Fair in Co. Galway.

Farming on a fragmented farm in Strokestown, Co. Roscommon – what he called the ‘Mecca’ for Hereford cattle at the time – this was the beginning of Richard’s successful journey and the establishment of the Clonbracken Hereford Herd.

“At that time, the department would lease bulls – top-notch bulls bought in the UK – and place them in different parts of the country. 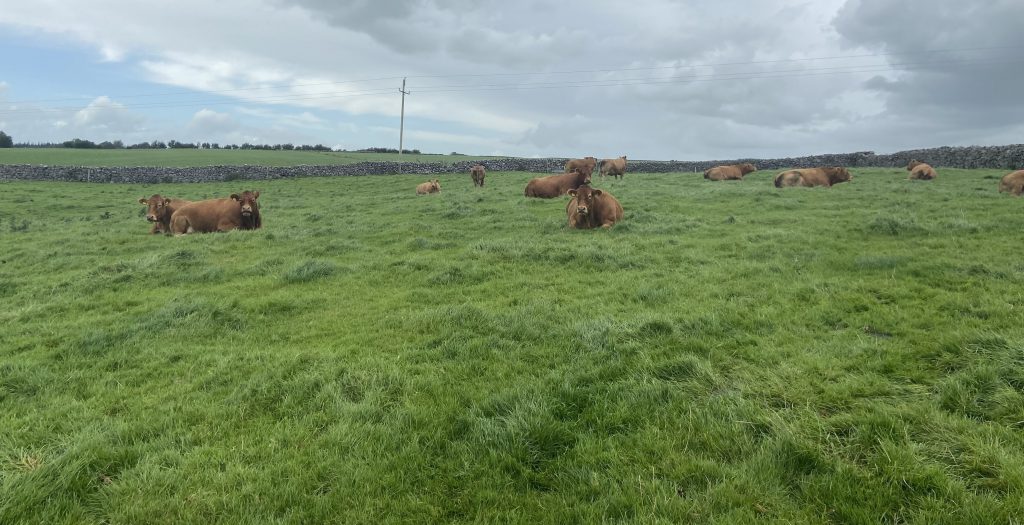 “In those years there was no AI, so you brought your cow to a designated bull and they bred seriously well and made a huge impact in Ireland.

It was in the early 1970s when Richard and his family moved to another breed of French origin – this time Charolais, as the breed began to grow in popularity after its introduction in the mid-to-late 1960s.

At that time, most suckler herds consisted of Hereford and Shorthorn; however, the arrival of the Charolais breed changed this trend. Richard’s father purchased three suck Charolais calves – the first calves to hit the ground after bulls imported by the Department of Agriculture from France.

“Although we continued to show Herefords too, I got interested in the Charolais breed then,” he said, which led to the establishment of the Doon Charolais Herd.

Both Richard and his two sisters were the first to show commercial Charolais cattle in Strokestown, before Richard enjoyed many years of success in Naas and Carrick-on-Shannon.

As already alluded to, Richard’s holding in Strokestown was fragmented and, with no ideal location for a crush or slatted unit, Richard started to look for a farm with ground all in a single block.

In the early 1990s, Richard found a 90ac parcel in Adour, Co. Galway – not too far from Strokestown and Eithne’s – Richard’s wife – home in the Connemara. It was here that Richard invested in winter housing and cattle handling facilities.

It was around this time that Richard introduced the third and final breed onto the farm – Limousin, with the purchase of Benbulben Lola and her daughter Sydney Rome at foot. It is this dam that underpins the backbone of the Millburn Limousin Herd today.

However, despite being quite successful in the 1990s with his Hereford herd, these animals were dispersed – ultimately making way for more Limousins to be carried on the farm.

At one stage, Richard was farming 60 pedigree cows. However, as anyone who has dabbled in pedigree breeding knows, this number brought with it an enormous workload. “It was just too much,” Richard noted.

As a result, the Doon Charolais Herd was dispersed in Elphin Mart in 2015, leaving the Limousin herd to take centre-stage in the stone-walled paddocks.

Richard had quite a successful year in 2019. Millburn Booby Dazzler’s daughters – Millburn Must Have and Millburn Nightingale – were both very successful show heifers last year on the circuit.

The pair were first prize winners at the Tullamore Show in 2019, with ‘Must Have’ tapped forward for Senior Heifer Champion and later Reserve Overall Champion Limousin.

Additionally, ‘Nightingale’ won a number of interbreed calf championships and was judged Limousin Champion and overall champion at a number of 2019 summer shows.

Last year, I had the most consistent bunch of bulls I ever had. It’s a pity Covid-19 came; but there’s nothing we could do.

So one might question why someone with so much success in 2019 would decide to hang up the white coat?

Richard – an under-21 all-Ireland winning footballer with the ‘Rossies’ – always knew the day would come and, not surprisingly, had a plan in place.

“I’m in my sixties now and you have to be young and energetic to keep at the top of it. I like achieving and winning, but I don’t ponder on it because the day you win, there’s another day you get beaten – sport teaches you that.

“There’s a lot of comradery in pedigree breeding, but also a lot of competition,” he added.

Richard has a wealth of experience – over 50 years in fact – in the world of pedigree breeding. And, as can be expected, he has witnessed pronounced changes over such a period of time. However, he’s not in favour of some of these.

“It’s not how it used to be. Back in the day, we had cattle men. But I’ve done my thing. Having said that, I’m not going to fall off the face of the farming world. I’m still there and I’ll be fishing to see where I can contribute.

“I like doing my own thing. But being told what to do inside my own gate, I don’t take to it well,” he added.

However, while the females will go under the hammer on Saturday, the males in the herd will be retained and sold next year – both privately and in Roscrea Mart.

Richard also plans to farm commercially for a period, before stepping away from farming full-time.

“I’m of the age; I don’t want to be a farmer on a zimmer frame and I’ve been a workaholic all my life; maybe it’s time to take a step back,” he explained.

“Pedigree breeding is very full on and it’s been my whole life – I’ve been totally consumed with it.

“That’s the thing with pedigree breeding; you do create a family and friends. It’s the end of an era for me; that’s why I’m holding on to the bulls – just not to cut it all off together,” he concluded.

Richard will team up with fellow ex-Roscommon team mate – Gerry Connellan of Elphin Mart – to sell the Millburn Limousin Herd. The sale – which will begin at 2:00pm on Saturday, August 29 – will be held in conjunction with the dispersal of The Royal County Limousin Herd.

The animals on offer can also be viewed at Elphin Mart on Friday, August 28, from 2:00pm to 7:00pm. On Saturday, bids will be taken both ringside and online by the auctioneer Denis Barrnett. 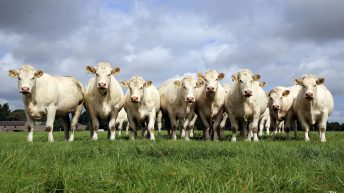