‘I am immensely proud of my IFA Livestock Committee’ – Woods 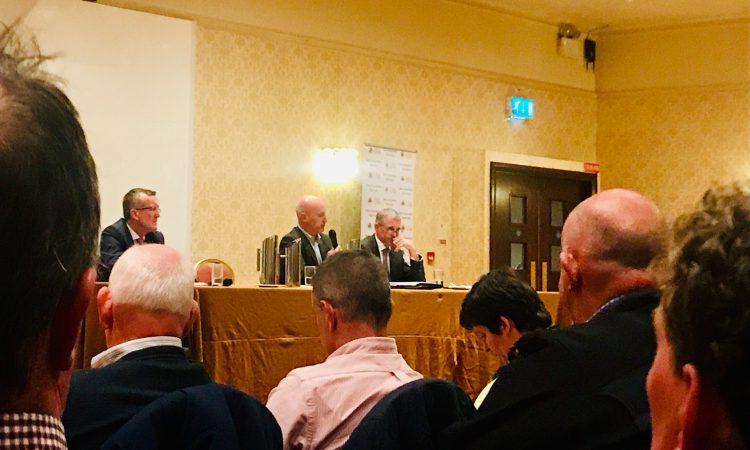 Angus Woods, one of the three candidates running for the Irish Farmers’ Association’s (IFA’s) top office, has articulated his pride in the accomplishments of the body’s livestock committee.

In his opening address to an estimated 250 attendees at the Springhill Hotel in Co. Kilkenny last Wednesday night, October 30, the Co. Wicklow sheep, suckler and tillage farmer said:

“I am immensely proud of the livestock committee.

“They do an incredibly difficult job; they are ordinary, decent farming men and women.”

Following a summer of national farmer-led protests in opposition to stagnant beef price lows, Woods, who is the national chairman of the livestock committee, says the group is often in the firing line.

“As livestock chairman, people are going to ask about delivery – and it’s very easy to criticise the livestock committee.

“They give up their time, they make huge sacrifices, but they do take a lot of criticism and I am often criticised myself for calling it ‘my’ livestock committee, but that’s the way I am.

People often question whether the IFA is strong enough to take on the meat factories – that was the very first thing I did when I went in as chairman, to take ABP to the European Commission.

Woods told the Kilkenny IFA members: “If I’m involved in something, I take full heart in what I am involved in; so I make no apologies for calling it ‘my’ livestock committee.”

He highlighted what he sees as the biggest achievements of the committee under his chairmanship during his 10-minute opening speech.

“The list is very long, but I won’t go into it in great detail.”

He noted that the IFA Livestock Committee helped to secure the €100 million Beef Emergency Aid Measure (BEAM) earlier this year. On this, he thanked the association’s Kilkenny members for travelling to the Cork protest where he outlined “more than a bus load came down”.

He said the protest in Cork was “more or less the final part of what was a process that took quite a while”, and noted “we were working on that back in January and February”.

He invited attendees at the meeting to look at his Twitter feed to “see the work that was taking place behind the scenes” and said “everyone is going to claim credit for the €100 million”.

In relation to factories, Woods claimed that “the very first thing” he did as livestock chairman was to take the case involving the takeover of Slaney Meats by ABP to the European Commission.

“There are new machines there ready to go, but the problem is how they are calibrated. We discovered through a meeting with the Department of Agriculture, Food and the Marine that they have adjusted the calibration of the machines and that is why there is a delay, they have shifted the criteria.

“So what has the committee delivered? €160 million in the last 13 months and that money will start to flow into your bank accounts with the next couple of weeks,” he concluded. 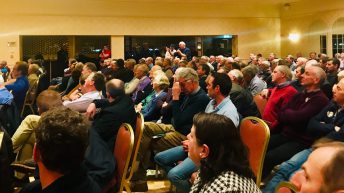