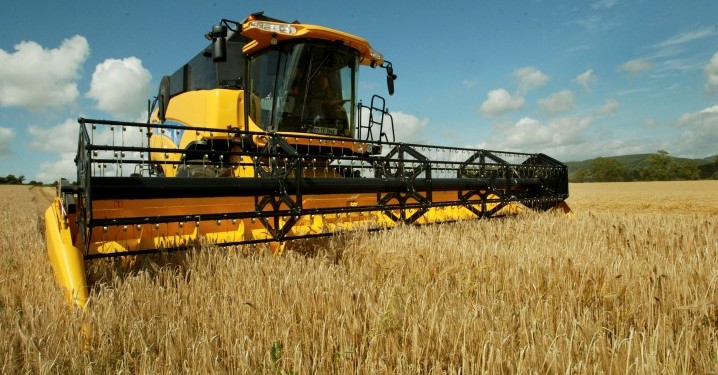 To date harvest 2015 has seen very unsettled weather with grower’s grabbing every opportunity to cut when the sun shines.

This unfavourable combining weather however has not affected early 6-row hybrid barley crops, according to James Irish, an Agronomist with Kilkenny-based Brett Brothers.

“Volume hybrid barley yielded 5.25t/ac with moisture of 19% and specific weight of 63 KpH in the Tipperary area” he said. James also confirmed the new hybrid coming through, Quadra also in Tipperary “yielded exceptionally well at 5.3t/ac with moisture at 18.5% and 67 KpH”.

According to Shay Phelan, from Teagasc, barley crops are doing in excess of 4.5t per acre but he has come across crops as low as 3t per acre.

He said hybrids tend to give the higher yield but some two row crops are yielding up to 4.5t. However, I would say that the hybrids are more consistent.

Moore said this proves hybrid barley has the ability to deliver higher yields than conventional 2-row varieties when farmers adhere to the hybrid husbandry guidelines.

“The cost of production of hybrid barley is very similar to growing conventional varieties. The additional cost of seed is more than justified based on the increased yields that hybrids can achieve.

“In simple maths, for an investment of €50 more per/ha you can receive a yield return of €135 per hectare drilling home the message that hybrid barley growers make more money.”

O’Reilly went on to say that volume is aptly named as it yields were in large volumes this harvest.

He applied a small amount of nitrogen mid-February which he feels helped the hybrid crop as it never struggled or looked under pressure all spring.

Commenting on brackling, Aidan Moore of Seedtech reports that a roundup of growers are saying that the brackling in barley has been an issue this year.

However, he said hybrids are certainly no worse than the new two rows but being earlier the hybrids would seem to have an advantage.

All in all, it appears to be another excellent year for winter barley and hybrid barley in particular.

In association with Seedtech