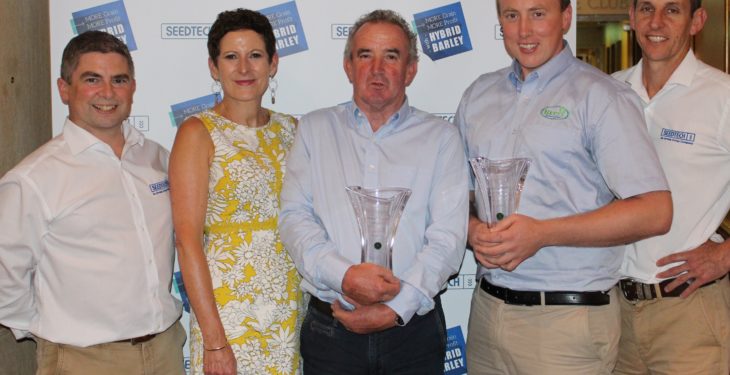 The Hybrid Barley Grower of the Year 2017 winner was revealed to be Jimmy Purcell, from Clonmel in Co. Tipperary, at a prize-giving ceremony in Carlow earlier today.

The competition, which had participation from farmers across the country, aims to reward farmers who have leveraged the unique strengths in hybrid barley’s genetics in order to grow an outstanding crop, according to organisers.

Three regional finalists – along with their advisors – were acknowledged at the ceremony. Purcell, who was also the Munster Regional Finalist in the competition, was recognised alongside his advisor James Irish – from Brett Brothers – for the agronomic support he provided.

Speaking at the event was Tim O’Donovan, Technical Director at Seedtech, who said: “This competition aims to showcase the good work farmers up and down the country are doing in order to maximise the potential that hybrid barley presents.

“We assessed this competition primarily on yield, but also on a range of different factors including grain quality and crop records.

All three finalists and their advisors have taken simple agronomic steps to achieve more grain and more profit with their hybrid barley crop.

On receiving his award Purcell, who achieved 4.77t/ac with his crop of hybrid barley, said: “I’ve been growing hybrid barley for the last seven years because of its yield and profit-making potential.

“The crop’s performance in this year’s harvest was excellent both in terms of its yield and grain quality. I am really pleased to receive this award and would like to thank my advisor James Irish from Brett Brothers for the role he played in achieving these strong results.”

Hybrid Barley Advisor of the Year James Irish also spoke, adding: “It’s important to us that we source local, high-quality grain for inclusion in rations coming from our mill.

“Equally we want to support farmers so that they can maximise their output in an economically sustainable way.

“Hybrid barley fits that profile and I’m particularly delighted for Jimmy that his good work has been recognised here today,” he concluded.

Other regional finalists in the competition, which is in its second year, included representatives from the south Leinster and north Leinster regions.

The south Leinster finalist for 2017 was Kevin Nolan, Nolan Farming, Bennekerry, Co. Carlow who achieved yields of 4.72 t/ac – along with his advisor Michael Fawle, CR Wynne. 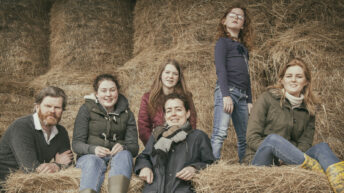 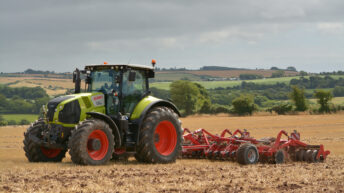