‘Heavy-duty’ Twose to reach out at the ‘Ploughing’ 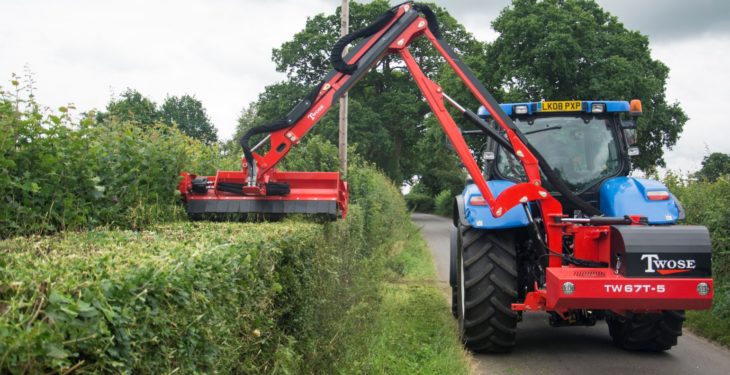 Farmec, the machinery distributor based in Co. Meath, will show new Twose hedgecutters at next month’s National Ploughing Championships in Co. Offaly.

The new Twose TW 67T-5 is described as a “very heavy-duty” model. It has a 6.7m reach, a telescopic outer arm, a parallel arm linkage and a fully independent hydraulic system with cast iron pumps and motors.

It also comes with LED road lights, an oil cooler and electronic joystick controls, which provide proportional control of all arm movements.

The Sulky range of power harrows, seed drills and fertiliser spreaders – including the latest DX Series – will also feature at the event.

The MX loader range will be out in force. According to Farmec, MX’s T and U Series loaders are designed for “intensive use” and are regarded as “premium” options in the front loader market.

Also present will be Bargam sprayers; the line-up includes tractor-mounted, trailed, self-propelled and amenity models. The distributor claims that the Grimpeur self-propelled sprayer has been a particular favourite with potato growers, due to its “ability to operate in very difficult working conditions”.

Also on Farmec’s stand will be the latest SIP range of mowers, tedders and rakes.

The machines will be present on Stand 387, Row 17 in Block 20 at September’s National Ploughing Championships. 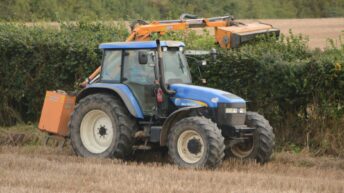 Campaign set to remind landowners of their hedgecutting responsibilities