How to deal with low butterfat levels on the farm

As we approach midsummer, there is a lot of discussion among dairy farmers surrounding low butterfat levels in milk.

While a decline in butterfat percentages are a common occurrence during spring months when cows are grazing lush grass, this issue can continue through the summer months.

Reduced butterfat levels are an even bigger issue in this post quota era, as there is no penalty for over producing butterfat, however, increasing levels of butterfat should not be at the expense of milk protein.

This can also cause rumen pH to drop leading to sub-acute rumen acidosis (SARA). Low rumen pH can cause damage to the lining of the cow’s rumen which in turn can have a negative effect on both feed intake and feed digestion leading to depressed milk production and a negative impact on health as well as fertility.

Low milk fat can be a sign of cows suffering from SARA.

Yea-Sacc is a live yeast product that works by metabolising excess oxygen. Adding Yea-Sacc to your feed can help maintain optimum rumen pH and prevent SARA by boosting the bacteria responsible for fibre digestion and therefore improving butterfat percentage.

Trial work carried out with Yea-Sacc at University College Dublin (UCD) Lyons farm highlighted the ability of Yea-Sacc to significantly increase rumen pH on grass based systems throughout the day when compared to cows that did not receive Yea-Sacc (figure 1). 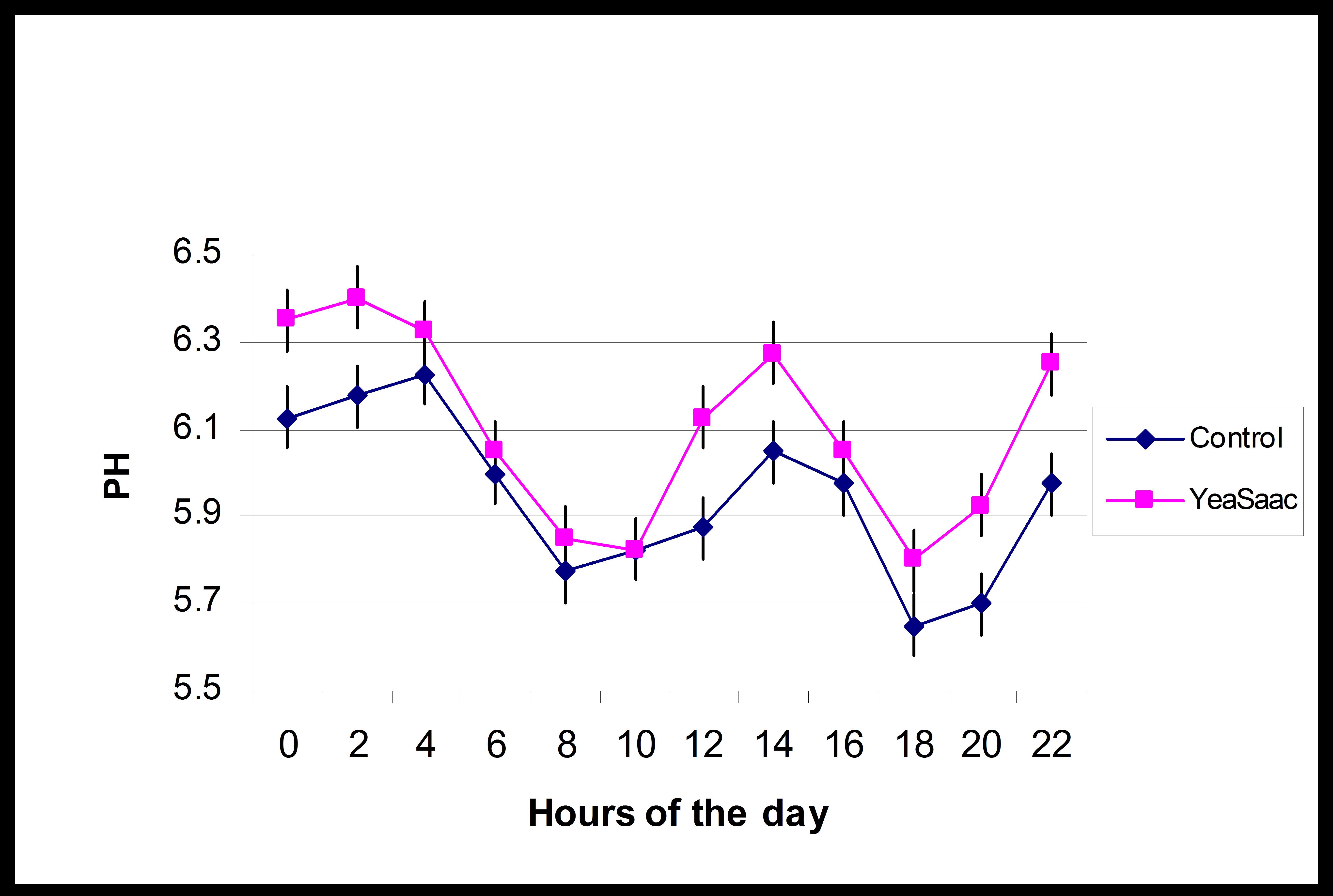 Correct body condition score (BCS) is additionally very important for butterfat production. Cows that are under-conditioned will use body fat to drive milk volume and the milk butterfat in turn will be reduced, not to mention the numerous health implications. 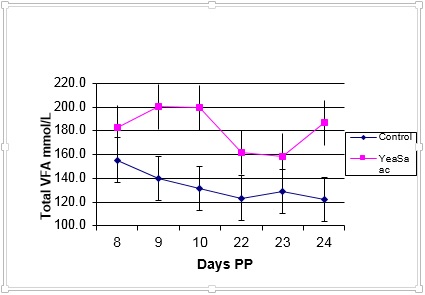