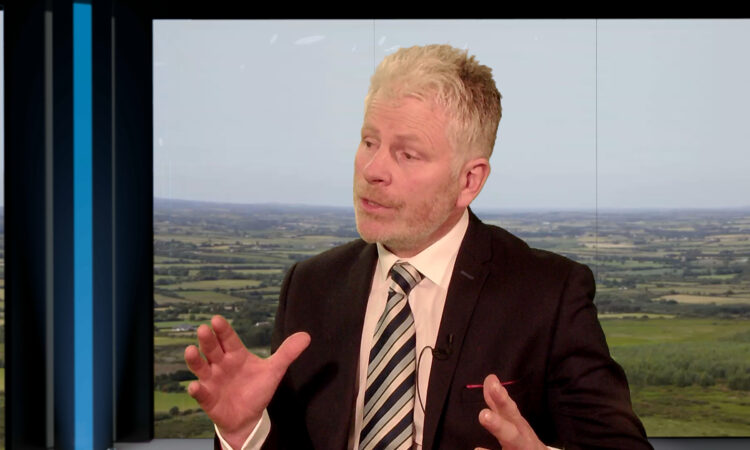 Questions have been raised surrounding the accuracy of Sheep Ireland’s data collection system for its €uroStars rating system by the Irish Cattle and Sheep Farmers’ Association (ICSA).

Speaking about the issue, Brooks said: “Sheep Ireland was set up to accurately record information and speed up genetic gain in a number of different traits.

“They’ve been doing that now since 2009, and there are maybe more questions than answers as regards some of the information or some of the star ratings and the fluctuations are a big concern.”

The chairperson said that the ICSA has huge concerns over the fluctuation in star ratings and the reliability of them.

“I’d say if some of the farmers who buy sheep based on indices went back and checked them after a year or maybe six months, they’d be very disappointed as regards how they’ve gone.

I think, and ICSA believes, the system of collecting unverified data from breeders may contribute to this.

Brooks explained that, under the current Sheep Ireland system, data is collected from breeders on a number of different indices including: date of birth; type of rearing; multiple birth, whether it’s single, twin or quad; and also weights at different intervals – 20 day, 40 day, 80 day, 120 day, and so on.

He said that the individual breeder inputs that data him or herself into the system and the onus is on the breeder to collect that data – and this is maybe where it falls down, he added.

“That data in the main is unverified by Sheep Ireland and there’s a financial incentive to manipulate that data.”

The chairperson contended that the ICSA has challenged Sheep Ireland on the issue on a number of occasions, adding that the system put in place to check this is very weak.

“For example, Sheep Ireland would say how they visit so many sheep breeders when lambs are five months-of-age to back-fat scan and to weigh and to muscle depth scan.

“But at that stage, at five months-of-age, that is not going to verify any of the previous information.

You cannot tell how the lamb was reared, when he was born, what age is the lamb, any of the weights that were given up along; that end of it. That can’t be verified at five months-of-age.

Brooks said that the previous system in place prior to Sheep Ireland’s, the Department of Agriculture’s Lean Meat Index (LMI), was a more robust set-up with more checks in place, noting that under that system, all lambs were scanned unlike the current initiative where the option of putting in 50% of one’s lambs is an option.

“Currently, with Sheep Ireland you have an option of putting in 50% of your lambs, and there’s another option there that you could say some of them had been slaughtered or culled before this.

“But, with the old system, every lamb on your farm over 25kg was scanned so the system that was there verified all the results.”

All that is in reality is if you input your data on time and keep your inventory correct on your page, you’re rewarded for that.

“But that has absolutely nothing to do with verifying the accuracy of the data that you’ve inputted up until then.”

Brooks made the contrast between the sheep accuracy figures and the reliability figures for cattle.

“In the sheep section, most of the rams – even in a breed such as the Belclare, which has all sheep recorded from day one – their indices at the sales would on average lie between 30% and 40% accuracy.

Them kind of figures aren’t acceptable. What dairy farmer or what beef farmer would buy a bull or buy semen from a bull with reliability figures that low?

“So there is a huge onus here on Sheep Ireland to step up to the plate and put a system in place that will produce accurate, reliable figures,” Brooks contended.

The chairperson said the ICSA is seeking more reliable, accurate information, with less fluctuation in the stars system.

“We would prefer an individual trait rating so that the farmer who’s buying the ram can decide ‘I want these indices; I’ve a basket of categories that I want’.” 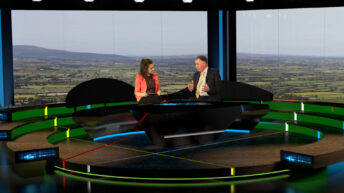