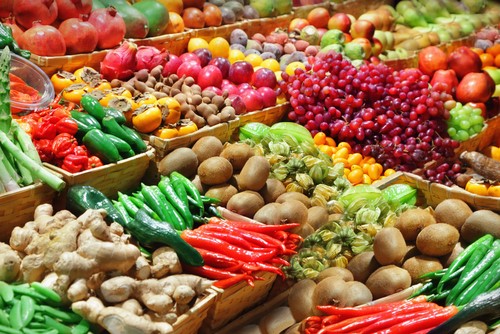 The 2015 Scheme of Investment Aid for the Development of the Commercial Horticulture Sector has been launched by Tom Hayes, Minister of State at the Department of Agriculture, Food and the Marine with special responsibility for Horticulture.

“This Scheme is vital to improving growers’ competitiveness and the quality of output as well as allowing growers innovate and diversify production in accordance with the objectives set for the horticultural sector in Food Harvest 2020, as well as the Horticultural Action Group Report,” he said.

Support for the Scheme of Investment Aid for the Development of the Commercial Horticulture Sector was maintained in the recent Budget with €4.2 million allocated to the Scheme for 2015.

Minister Hayes said he was “delighted that, for the first time, investments which could not physically be completed within the year of being approved could now be facilitated under the Scheme through agreement to allow a limited number of duly justified projects to be approved, if appropriate, for completion by September 30, 2016.”

Continuing, the Minister outlined “the tight in-year timeframe for completion of investments is a challenge to growers for some types of investments.” He added that the new provision addresses this and will provide opportunities for investments that could never have been considered heretofore under the Scheme.

The closing date for receipt of applications is January 23, 2015,  and only investments which commence after the issue of the respective letter of approval will be eligible for aid. The Scheme is open to all horticultural sectors – protected crops, nursery crops, field vegetables, soft fruit, apples, beekeeping and mushrooms.

It will provide grant aid, at a rate of 40% (50% in the case of qualifying young farmers), for approved capital investments undertaken by October 2, 2015. However, in duly justified limited cases, funding may be approved for investments that will be completed and claimed prior to September 30, 2016.

The Minister outlined how he had witnessed, at first hand, the significant benefits that have accrued to the industry through investments conducted under this Scheme and he noted that, in 2014, applicants sought almost three times what was available under the Scheme. The Minister continued by stating that he, again, anticipated “very strong demand for this competitive grant aid Scheme and that, given the quality of the capital investments funded in 2014, the State will once again be able to deliver excellent value for money.”