Hogan outlines how dates for spreading slurry were selected 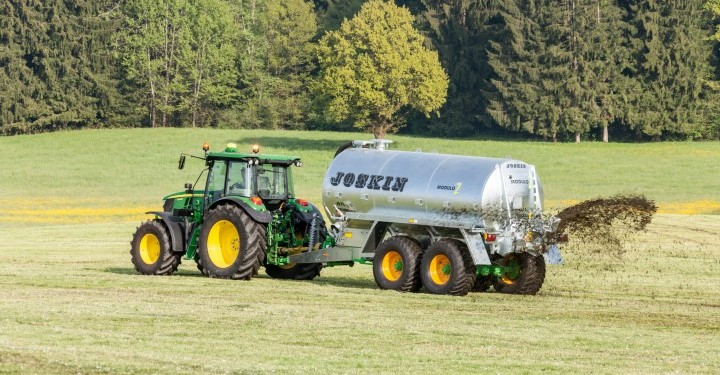 The closed periods for spreading slurry in Ireland were decided following extensive consultation and were discussed with farming bodies and the European Commission when Ireland’s Nitrates Action Programme was being introduced, noted Minister for the Environment, Community and Local Government, Phil Hogan.

The regulations have been slammed this year by farm bodies, due to the exceptionally dry weather up to Christmas during the prohibited period and the now extremely bad weather being experienced when the prohibited period has passed. This has resulted in farmers being unable to spread slurry, FYM or fertiliser.

Many farm organisations have called for the periods, which extended from 15 October to 12, 15 or 31 January depending on location in the country, to be scrapped.

Speaking recently the minister said: “These provisions are underpinned by scientific advice and good agricultural practice. Scientific research carried out on a diverse range of farm and soil types as part of Teagasc’s on-going Agricultural Catchments Programme has provided further evidence in support of the efficacy of the land spreading closed season in reducing nutrient losses to waters.”

The minister highlighted the objective of the regulations is to protect ground and surface waters, including drinking water sources, primarily through the management of livestock manures and other fertilisers.

He added: “Good agricultural practice involves the application of fertilisers at a time when grass and other plants are growing actively in order to maximise the uptake of nutrients by crops and to minimise pollution to water. In this regard, the application of fertilisers at time of limited growth is not considered good farming practice and this has been the case long before the Regulations came into force in Ireland.”

In addition, he said: “The regulations prohibit such application at any time of the year when the ground is frozen, waterlogged or when heavy rain is forecast.”