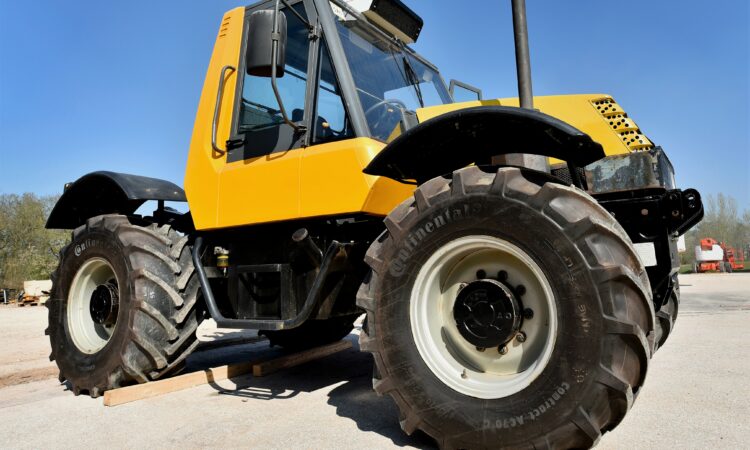 On Wednesday, March 27, we brought you news that a prototype (pre-production) JCB Fastrac was sold at auction for £15,000 (plus VAT; no buyer’s commission).

The tractor (pictured above) was bought by Northern Ireland man Johnny Hamill – a Fastrac enthusiast who made a flying visit to attend one of JCB’s regular plant auctions.

Johnny is pictured below (in the middle) with his nephew Paidi Hamill (left) and JCB’s Paul Hemingway (right). 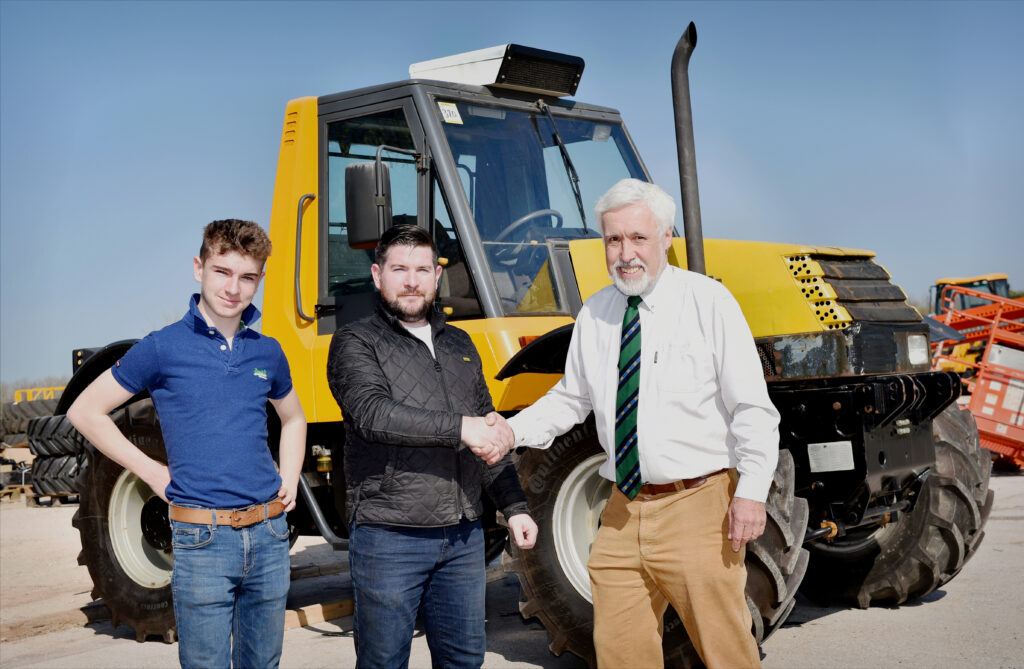 Among the ex-demonstration JCB Fastrac and other machines listed in the sale catalogue, it was the P5 prototype that caught Johnny’s eye – just a day after returning home from buying a separate Fastrac 145-80 he plans to restore.

Johnny explained: “Although we’re now electrical and civil engineering contractors, we used to do a lot of agricultural contracting with a Fastrac 145-80 and after we sold it I always promised I’d buy another sometime and do it up.

“I’d just bought a nice example in Essex [England] when my nephew Paidi told me about the Fastrac prototype for sale at the JCB auction and I flew back to bid for it.”

His successful bid secured the JCB Fastrac P5 – the fifth prototype of the revolutionary tractor to be built in the late 1980s before the final design went into production in 1991 with an unusual combination of features. 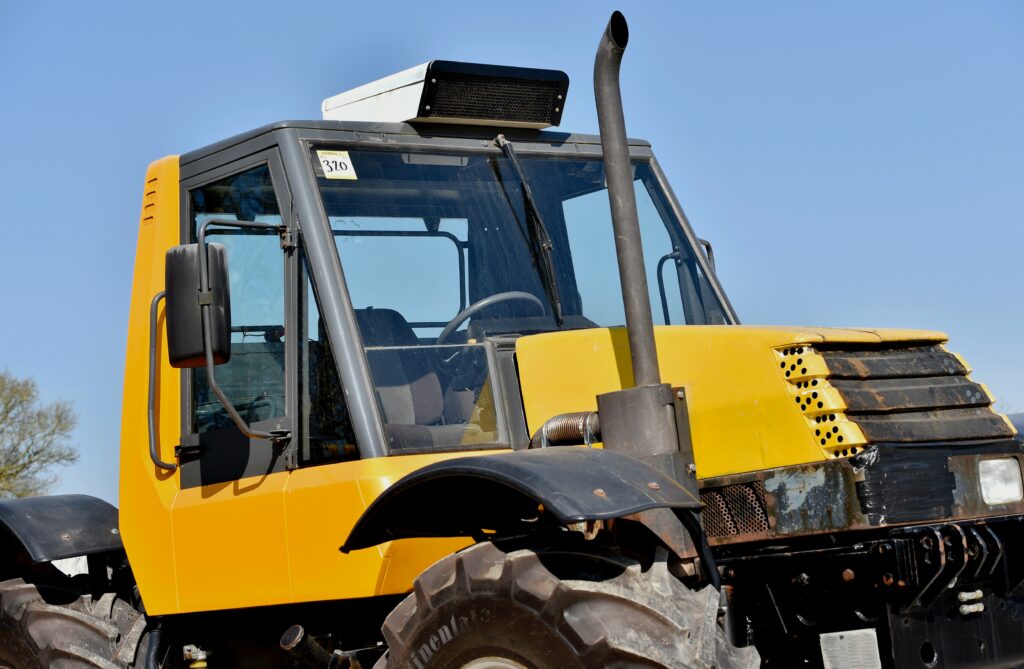 According to JCB, front and rear axle suspension, “truck-standard” air braking with external discs all round, space behind the cab for carrying demountable sprayers and a faster road speed than other tractors made it a “unique” machine.

“I’ve sat in a new Fastrac but daren’t drive one because I think I’d be wanting to buy it,” said Johnny.

I remember our 145-80 as a fantastic machine – a great tractor to drive for dump trailer or low-loader trailer work, when drawing silage for other contractors and for cultivations.

He plans a bare chassis rebuild for the Fastrac 145-80 he’s just bought, but just a sympathetic refurbishment for the P5.

He said: “We’ll probably overhaul the engine and transmission and tidy the cab and bodywork but I think it otherwise needs to stay original as a machine that paved the way for the great production tractors that followed.” 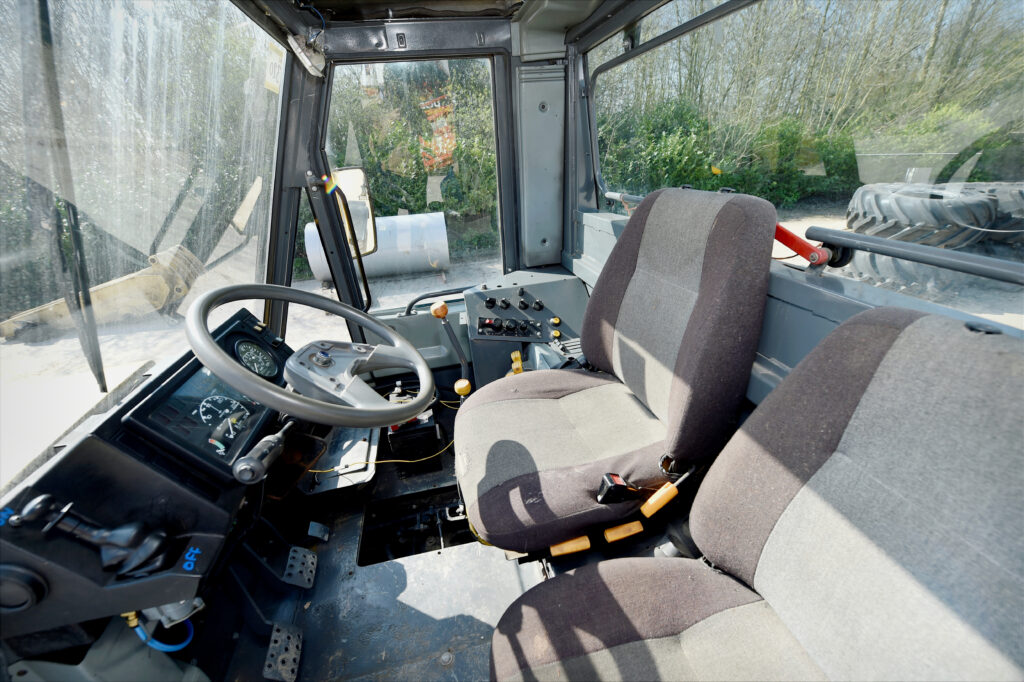 While collecting his newly acquired historic Fastrac from the JCB factory, Johnny Hamill met Paul Hemingway – a member of the Fastrac team for 11 years when the tractor was being developed, launched and demonstrated to farmers and contractors.

“It was great to meet Paul because he could tell me so much about the P5 and the Fastrac development programme,” added Johnny. “It really added to the experience of buying this important prototype.” 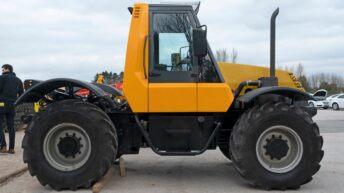