‘Highest temperature’ on Earth ever recorded as Death Valley hits 54° 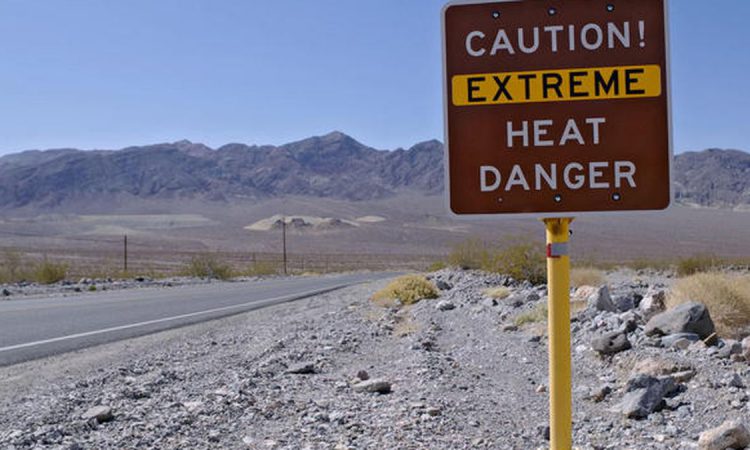 The highest temperature potentially ever recorded on Earth was logged in Death Valley, California (US), last Sunday, August 16.

A temperature of 54.4° was recorded, breaking the previous record of 54° in 2013 which was also recorded in Death Valley, California.

A previous recording of 56° more than a century ago – also in Death Valley – is being disputed, as some weather experts believe the recording was “erroneous”.

A 2016 analysis from weather historian Christopher Burt suggests that other temperatures in the region recorded in 1913 do not corroborate the Death Valley reading.

According to Burt, another apparent record temperature of 55° was claimed in Tunisia in 1931. However, he says that this reading (as well as others recorded in Africa during the colonial era) had “serious credibility issues”.

Meanwhile, closer to home, this week’s weather is expected to be unsettled for the most part, with heavy rain and thunder forecast by Met Éireann.

Today, Tuesday, August 18, will continue mostly cloudy over the northern half of the country with further spells of rain, which will gradually clear northwards in the afternoon and evening.

It will be bright further south, with sunshine and showers – some heavy. Highest temperatures of 18° to 22° are forecast, with light southwest breezes.

On Wednesday morning, August 19, easterly winds are expected to quickly clear any mist or fog. There will be heavy rain at times in Munster and south Leinster, spreading northwards through the day. Highest temperatures will be 17° to 21°, with gusty easterly winds becoming moderate southerly as rain clears.

On Thursday, August 20, there will be little change, with another band of rain spreading northwards over the country, with showers following. It will be blustery, with strong winds in some coastal areas. There will be further spells of rain or showers through the night.

Friday will continue windy with further spells of rain or showers.

Rainfall warning in place until tomorrow for southern half of country