The increase coincided to an increase in the cattle kill in 2014. Export meat plant cattle supplies are estimated to have increased by more than 10% in 2014 to around 1.64m head. Increases were evident across all categories with the exception of cows. 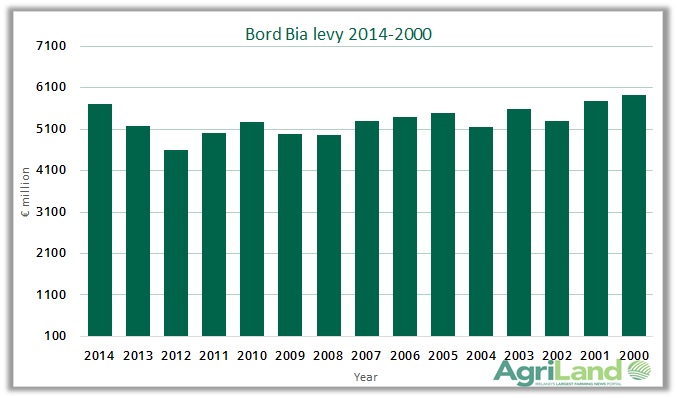 Minister Coveney said in response to a parliamentary question recently that there are no plans at this point to review the rate of the levy, which funds market research, intelligence and promotion activities and enables the beef sector to draw down co-funding from within the Bord Bia budget.

Under the act which established Bord Bia its functions are to promote, assist and develop in any manner which the it considers necessary or desirable the marketing of Irish food and livestock and the production, marketing and consumption of horticultural produce.

Bord Bia received over €27m in Government funding in 2014 and had a total income of in excess of €50m.