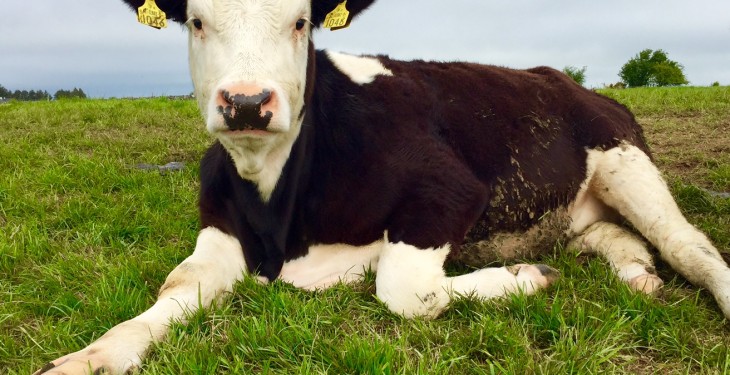 The Hereford Prime producer group is set to increase its production by 24% this year, according to its Chairman, Niall O’Mahony.

Speaking at a recent group farm walk, he highlighted that the Hereford Prime group is the only Hereford producer group in Ireland.

“It has grown to 2,700 members at the moment, from very humble beginnings.

“At the start our best customer was a premium meat wholesaler in Paris. He took an equivalent of just five cattle a week in those days.

“Thankfully we have grown steadily over the years and last year we processed almost 29,000 cattle. This year we hope that will grow to about 36,000,” he said.

In 2013, Hereford Prime joined up with Kepak to slaughter and process cattle for the Musgrave Group with the beef sold in Supervalu supermarkets.

O’Mahony said the group is delighted to be associated with a top end supermarket with its beef is now being marketed under the Supervalu ‘Signature Taste’ range.

Farmers get a higher bonus of 15c/kg for carcasses between 220 and 300kg. Anything over 301kg gets 10c/kg standard bonus.

Hereford Prime also operates a booking bonus. If a farmer books in cattle with sufficient notice ahead of slaughter, farmers are entitled to an extra 5c/kg.

O’Mahony says that the group is looking for carcases between 220-300kg and further bonuses are available for farmers that meet this target.

“We don’t want those heavy carcasses, we are looking for lighter carcasses,” he said.