It’s been a long-held opinion among many that dairy farms in the West of Ireland can never compete with those in the South and East.

Many see poor land and weather as a key reason not to get into Irish agriculture’s most profitable sector.

However, putting paid to this myth this week was 2014 Young Farmer of the Year and Mayo native Sean O’Donnell who opened up his top-class dairy farm to a group of young farmers from all over the country. 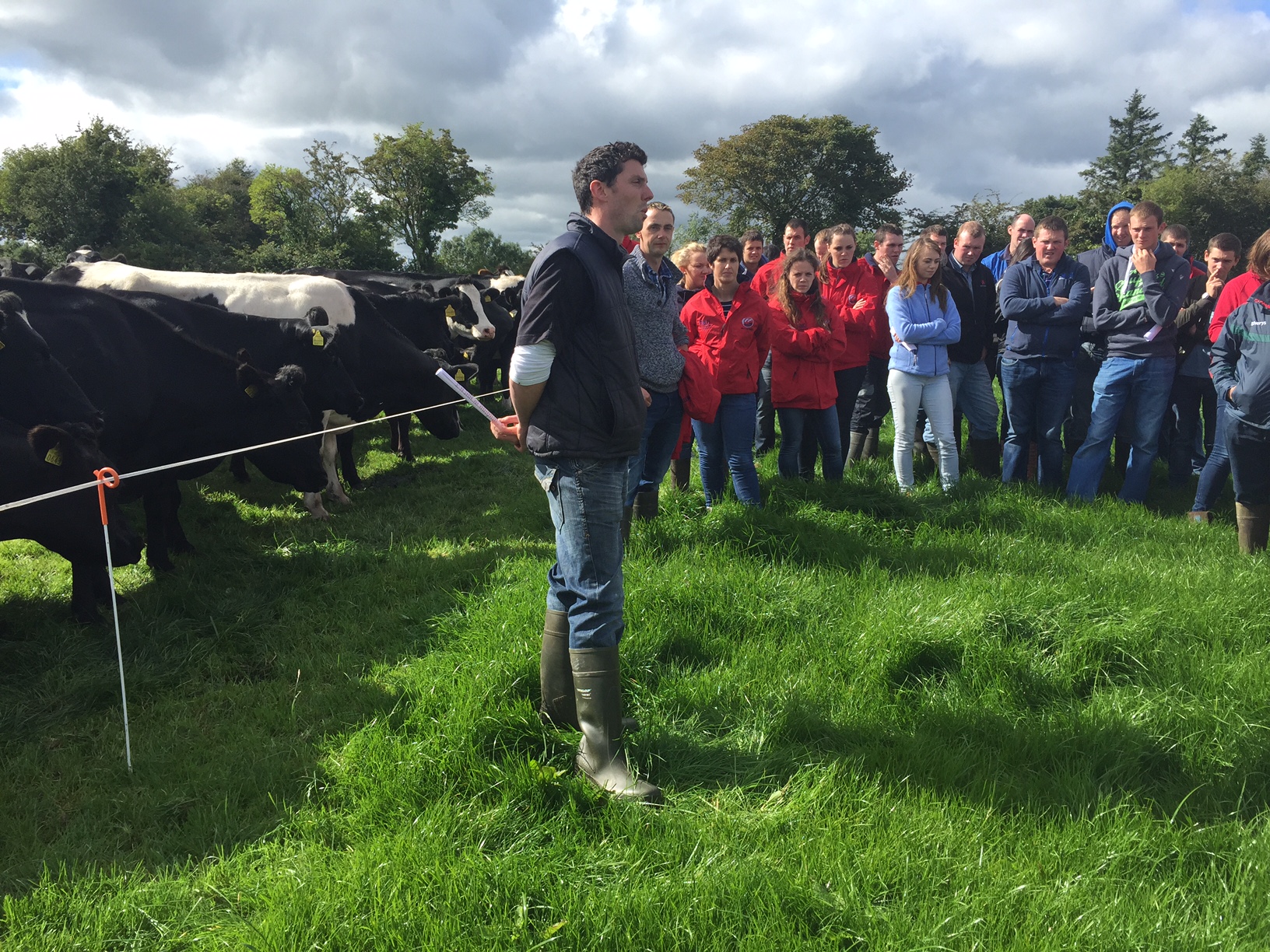 He told the group that, despite the region sometimes getting a bit of bad press ‘it can’t compete’ or ‘it’s not at the top brass in relation to the best farmers in the country’, the reality is if you have the right attidue it can be done.

“We have the ability. We just need to put our shoulder to the wheel a bit more to show that we can do it in this side of the world.”

O’Donnell said if farmers adapt some of the best principles and advice on their dairy farms in the west they can certainly compete. While he conceded that there are challenges (not least the rain), he said that with the right attitude farmers in the west can be just as good as those in other counties.

And without doubt, O’Donnell’s Ballina farm is testament to this. 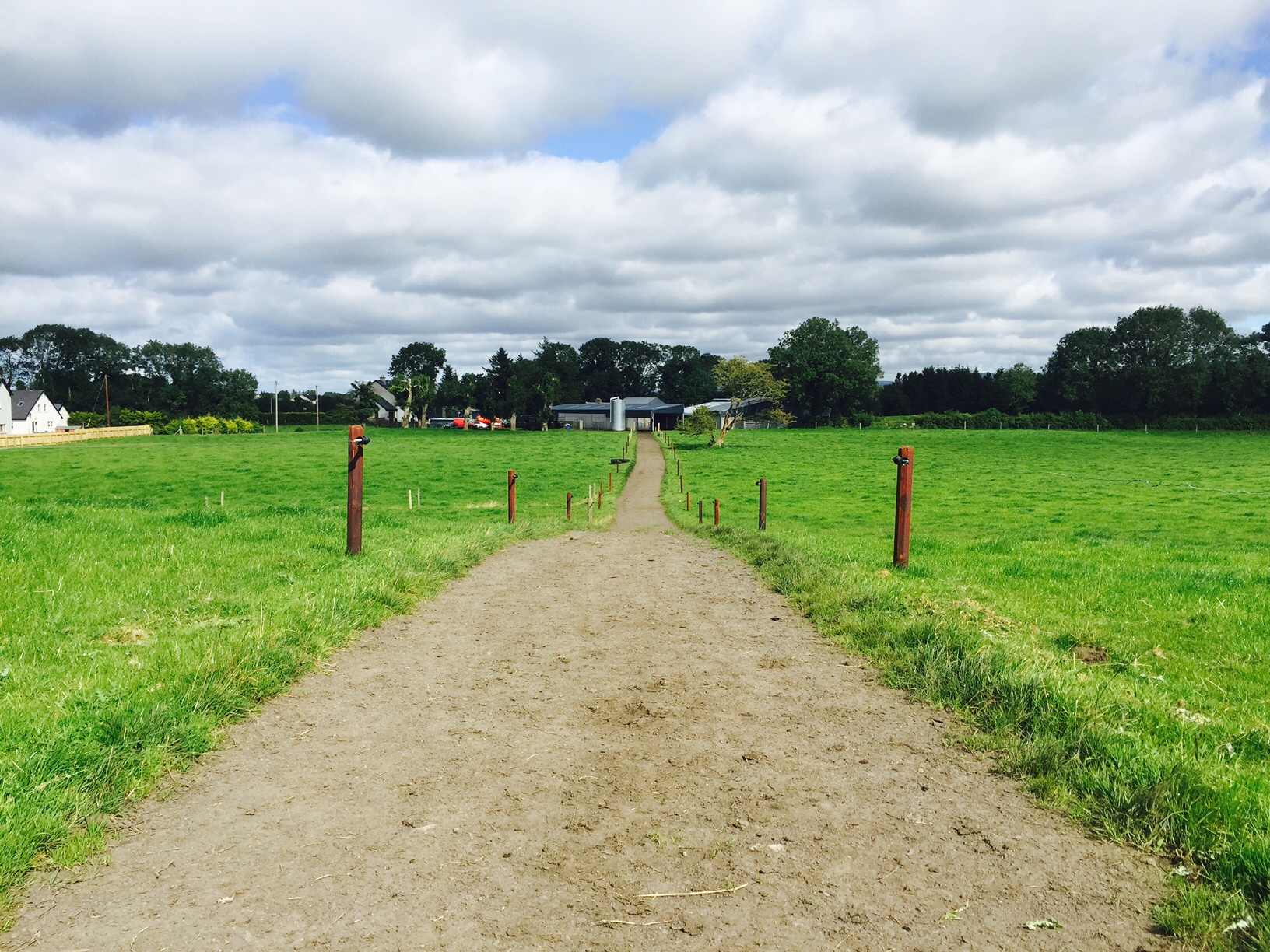 O’Donnell took over the running of the farm in 2008 on a seven-year lease when his father entered the early retirement scheme.

At that time the farm consisted of 44 cows supplying 240,000L running on a 22ha grazing block and farming 34ha in total.

Over the the years, he developed the farm through the leasing and purchase of land, the installation of farm roadways and reseeding 80% of the farm. 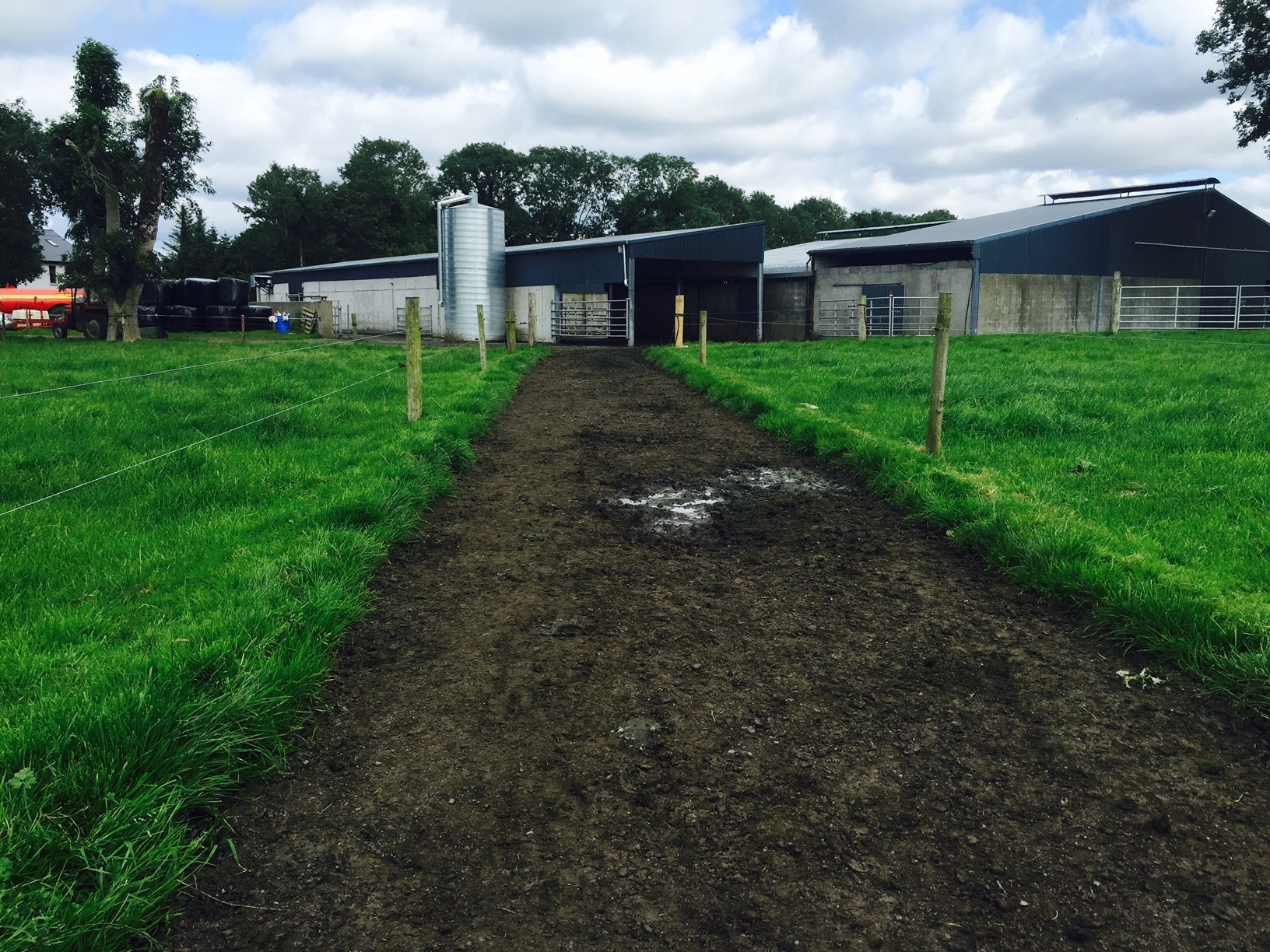 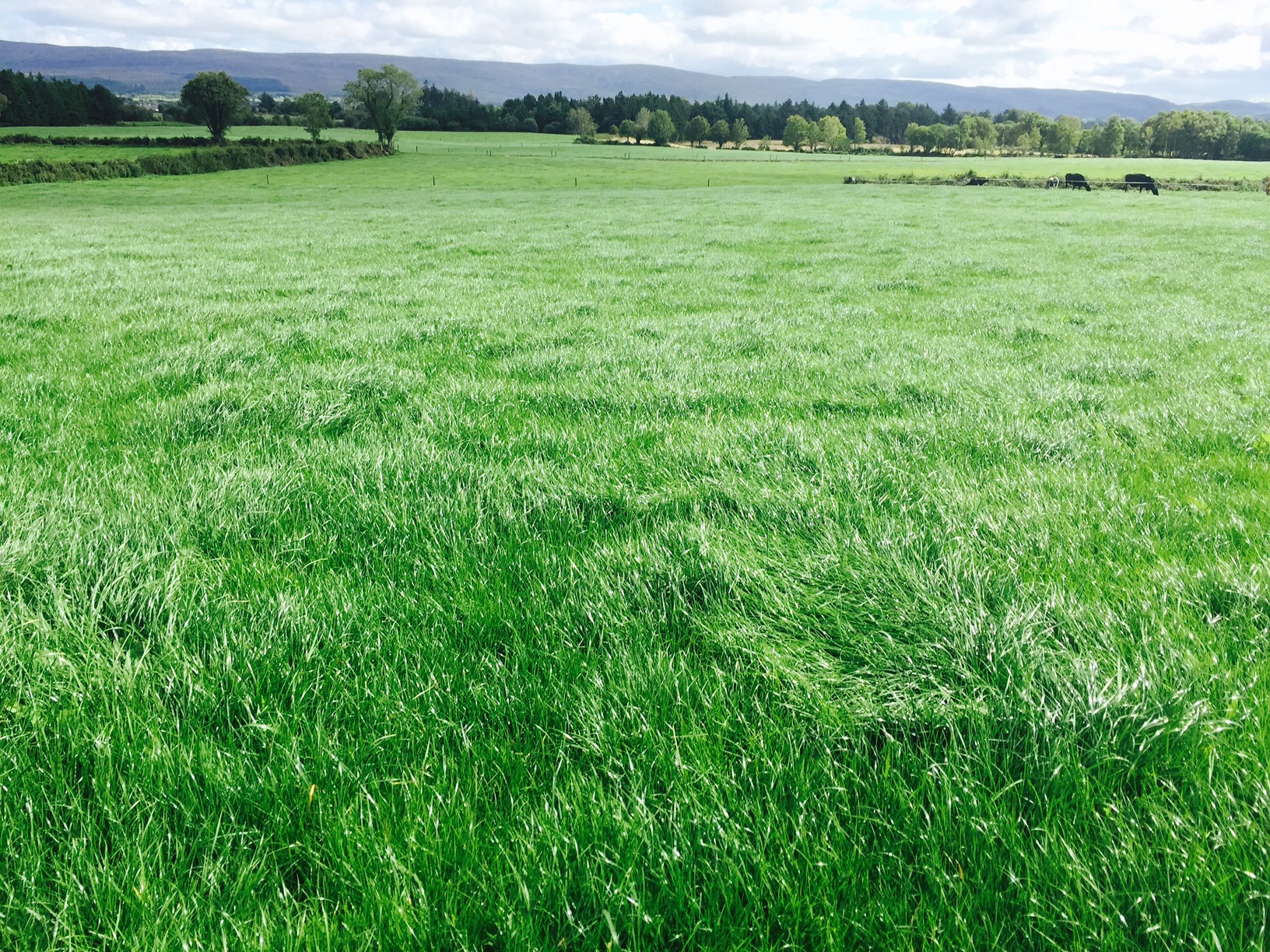 O’Donnell emphasises that one of the most important management tools on the farm is the measurement of grass.

“Proper grassland management has allowed us to reduce our reliance on purchased inputs, decreasing our cost base and improved the utilisation of the cheapest feed resource available.”

He also stressed the importance of choosing the correct grass seed varieties when reseeding to suit the particular challenges on his farm.

Classing a significant proportion of his farm as ‘wet’, O’Donnell said he chooses seed variates which develop a dense sward, thereby reducing the level of poaching particularly in the shoulders of the year.

“On a wet farm the last thing you want is an open sward as you just won’t be able to get the cows out earlier in the year,” he said. 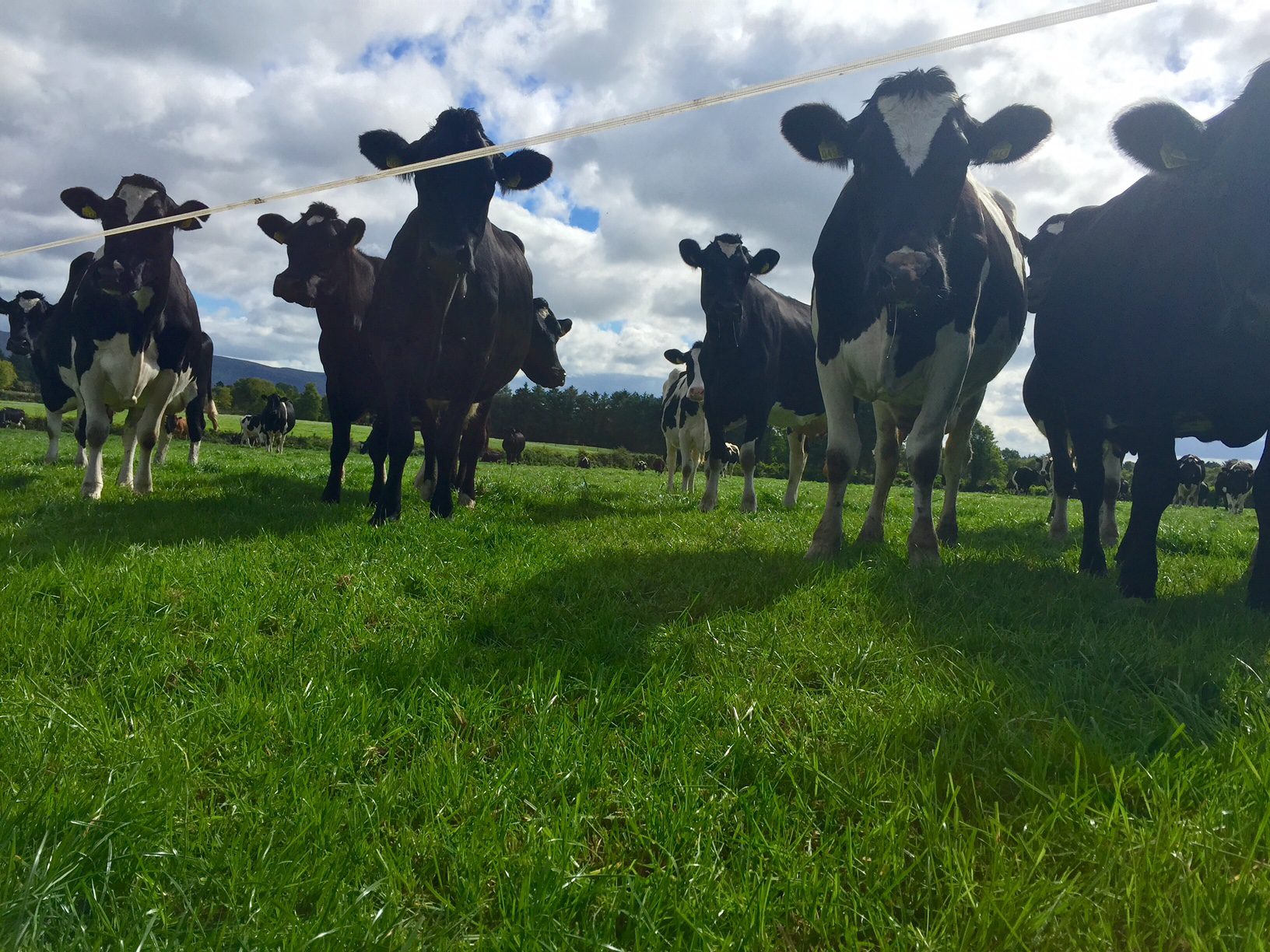 When O’Donnell took over the farm, herd fertility was a big challenge he faced. In 2009, he started cross-breeding his cows with jersey semen, in order to improve in this area.

The move has seen the empty rate on the farm go down from 25% in 2009 to a consistent 7% over the past three years.

The crossbred cows also have improved his milk price under the A+B-C system due to the improved constituents. 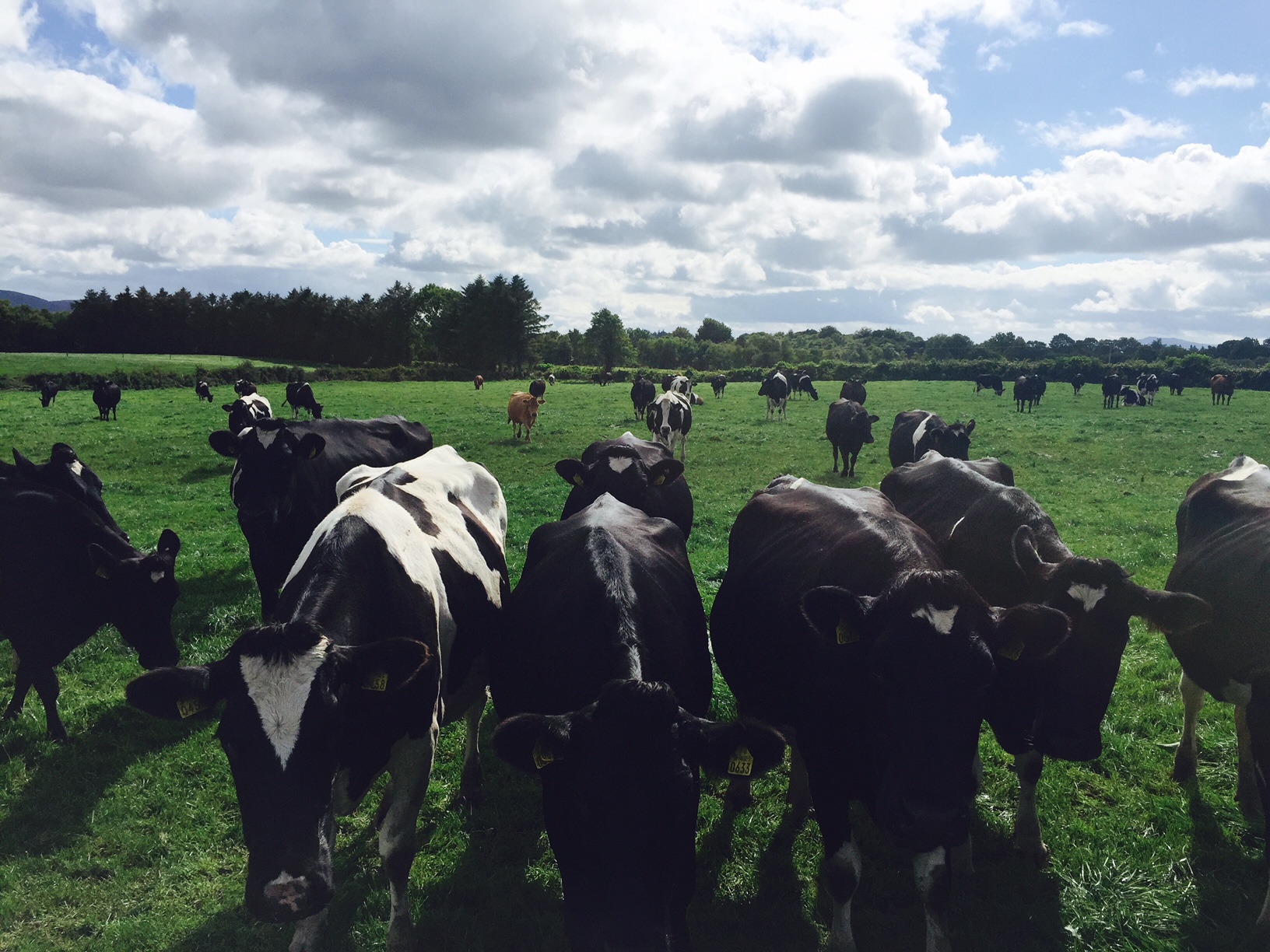 In 2013, O’Donnell purchased 17ac adjoining the the grazing platform, which he had been leasing since 2008.

He also purchased an additional 14ac (31 in total) increasing his milking platform to 76.5ac (34ha). O’Donnell has also been transferred the original farm from his father and entered into a limited company structure. 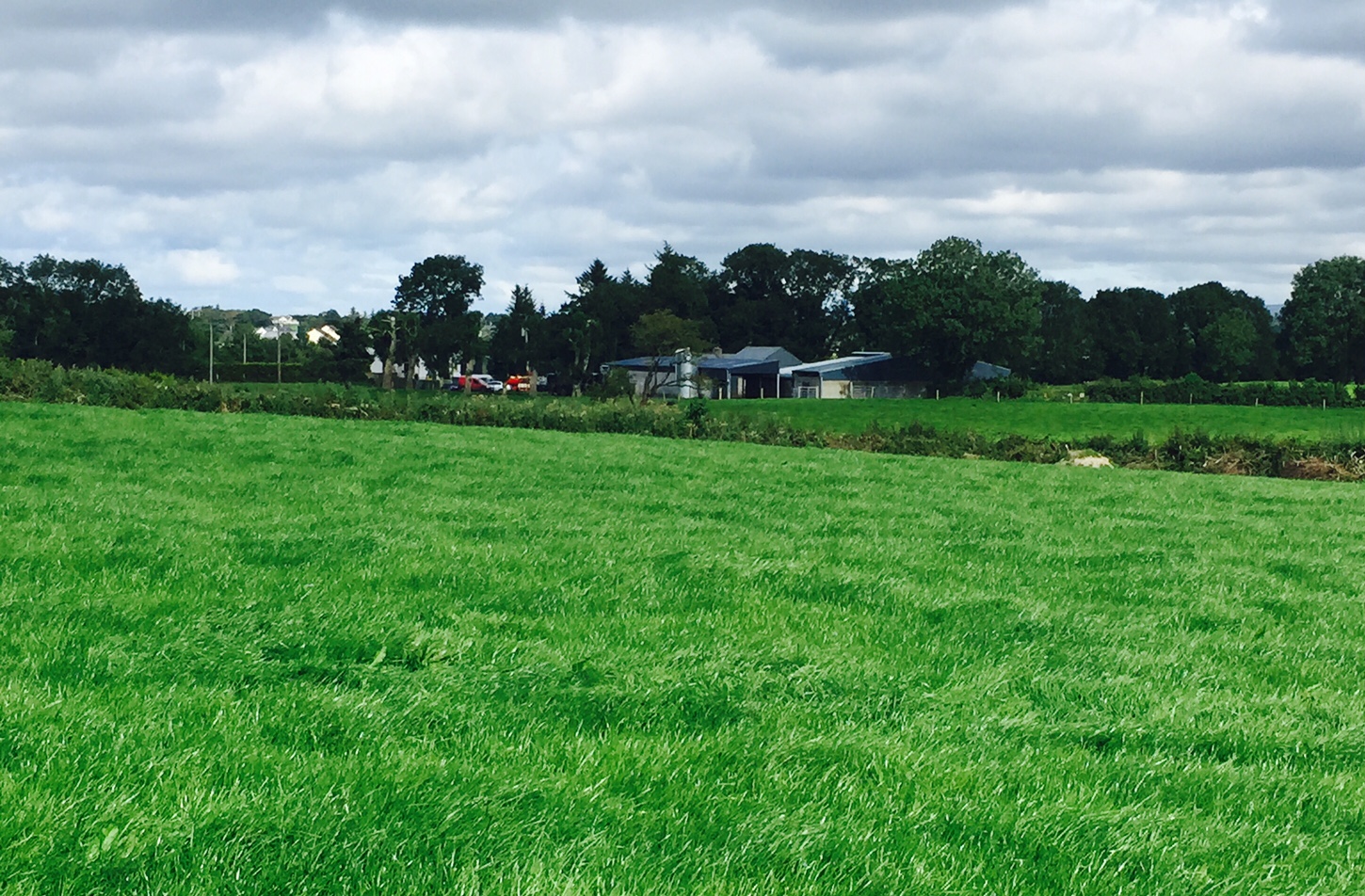 “Farmers cannot control milk price they can only control what they’re doing on their own farm’s.

“In terms of what we are doing we have a cross bred herd so we are producing higher value milk solids.

“My breakeven in terms of milk price – if it drops to 21c/L plus solids I can still stay in business. Where as there are lads with lower milk solids which won’t (stay in business) at 26c/L.

“Farmers are going to see years like this, but also years with higher prices.

“Taking a bit of the cream off the top in good years and in bad years nailing the cheque book to the floor is important.” 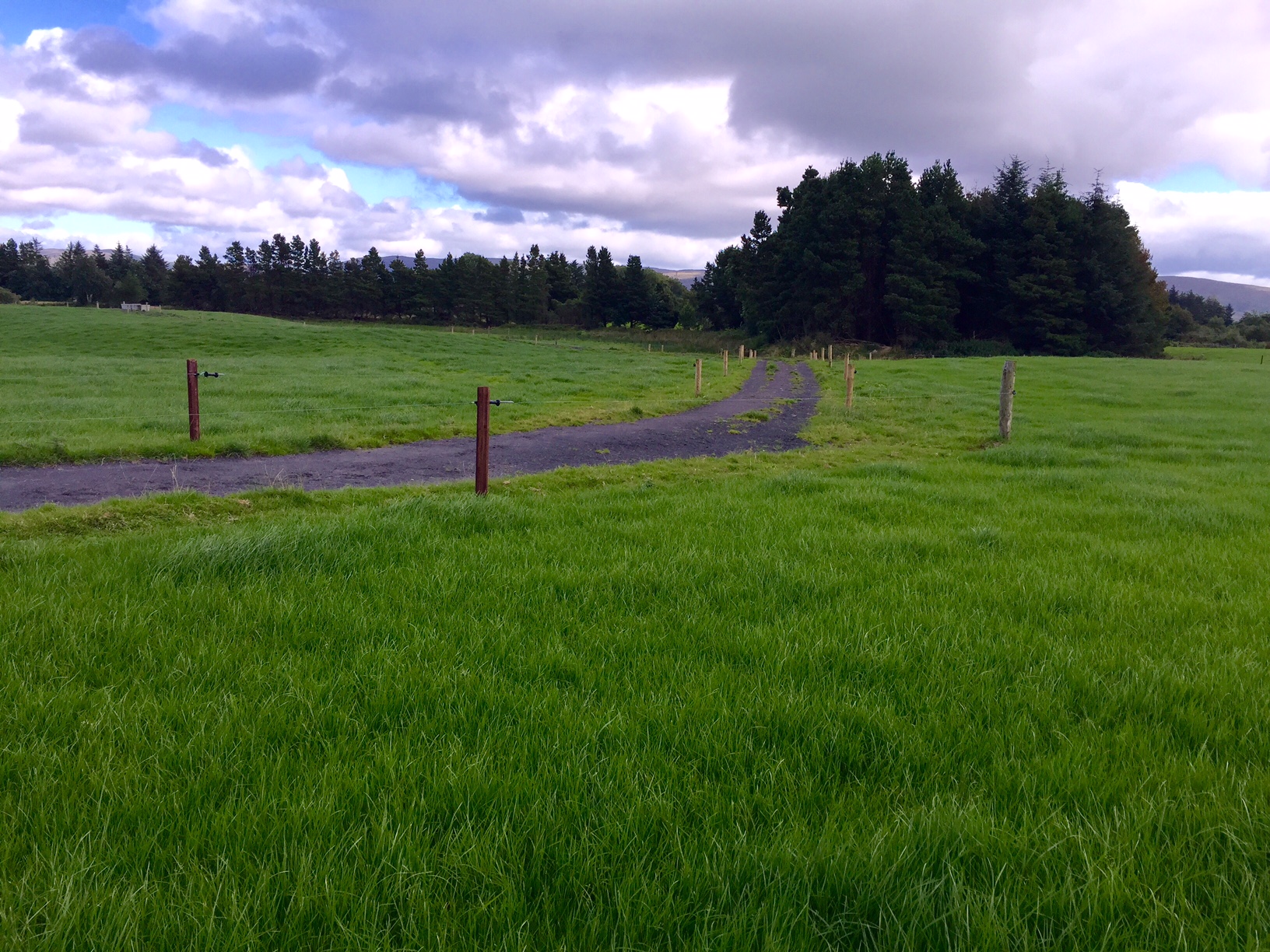 The improvement and expansion of the dairy farms roadway network has been a key element in its development under O’Donnell’s leadership.

He regards farm roadways as essential to the utilisation of grass on the farm, particularly in early spring and during periods of bad weather.

O’Donnell has installed handles on every fence post along each paddock which serve as means to alternate the entrances and exits from paddocks during these periods.

In the construction of the roads, O’Donnell was able to utilise much of the hardcore material on the dairy farm, which reduced cost, significantly. 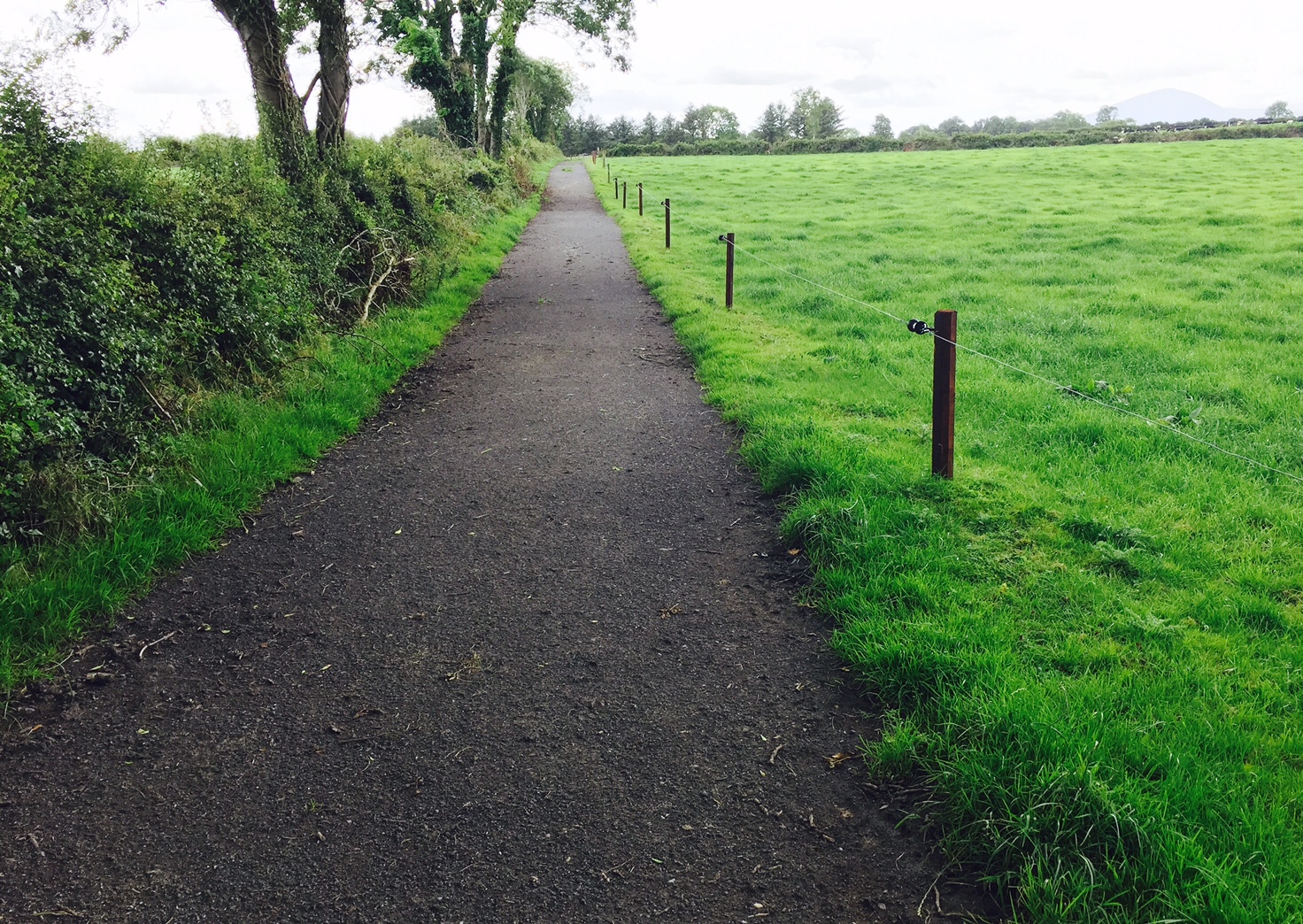 In 2010, a new 12-unit milking parlour with stall work for 16 units was installed on the farm. O’Donnell is currently in the process of installing the additional four units.

The new parlour has dramatically reduced the time involved in the milking process. 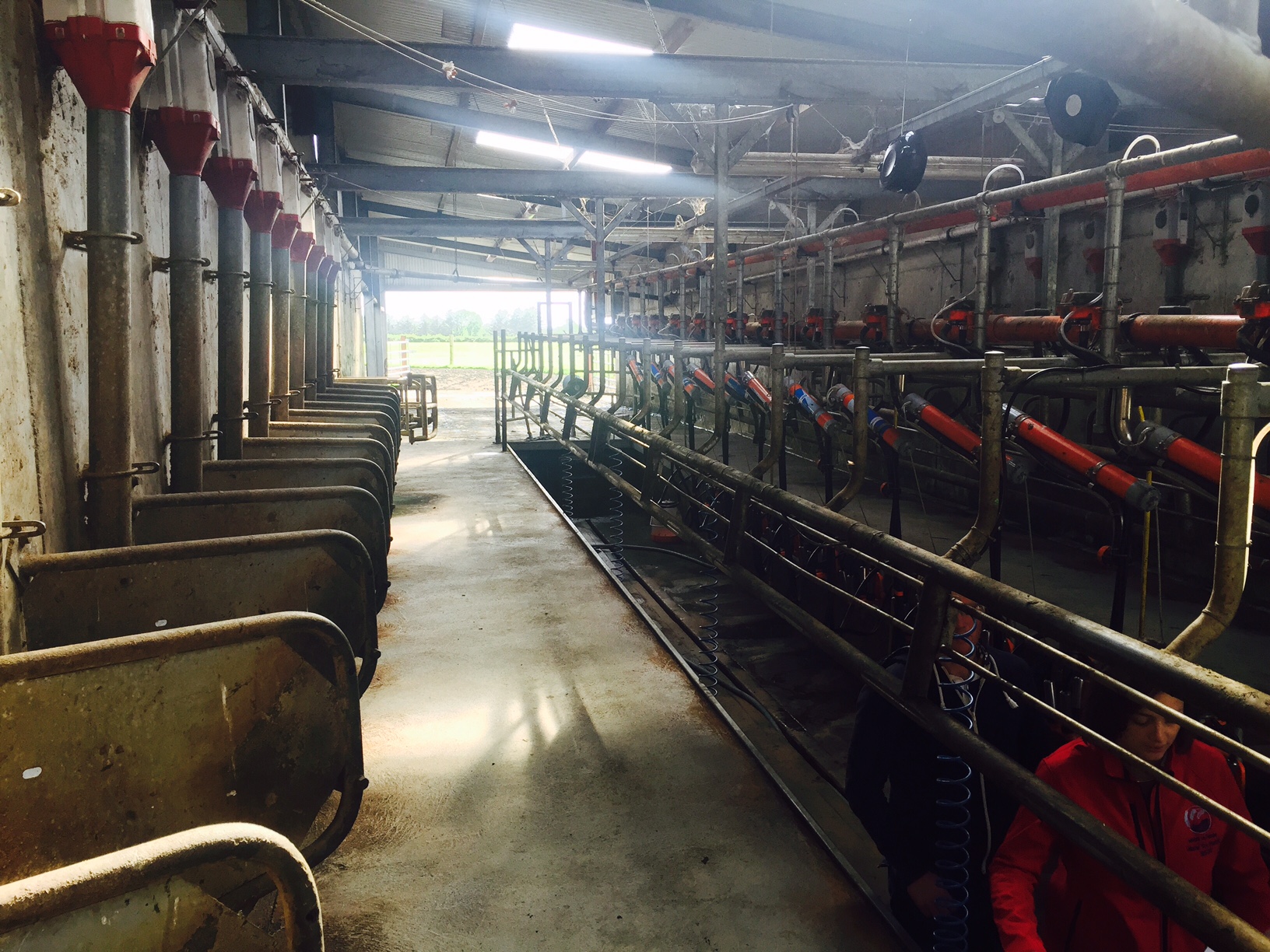 O’Donnell’s future plans include increasing cow numbers to 150 (from 112) by 2017 in an efficient one-man labour unit system, with casual labour and contractors used to reduce the demand for his own time.

Looking at the longer term, O’Donnell is conscious of building a business that would encourage the next generation to continue on dairy farming.