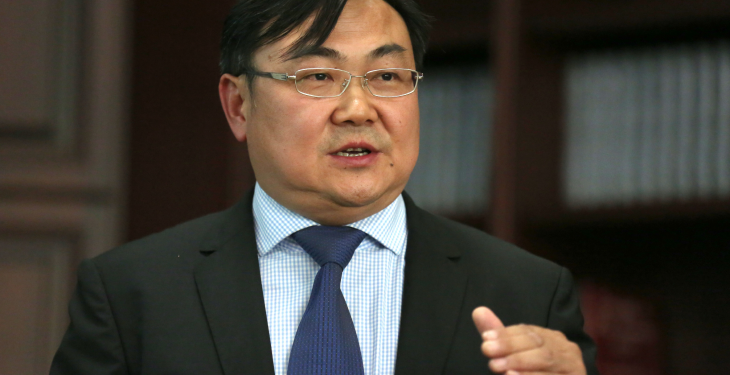 Foods such as pizza and cappuccino and the growing influence of the western diet, especially among younger people, is making dairy a staple food in China according to Li Shengli, Chief Dairy Scientist at the China Agricultural University.

He also said that the relaxtion of the one-child policy will see the demand for dairy products continue to grow in China.

Over the past 14 years, he outlined how the Chinese dairy industry has grown – especially up to 2008, but levelled off since then. He explained that 2008 was the year the melamine scandal hit China, where almost 300,000 infants became sick after drinking contaminated infant formula.

However, the number of herds with more than 100 cows has grown rapidly in that time, Shengli said, as the number of farmers with small herds (five-10 cows) has reduced.

However, more than half the farms in China are still milking five to 10 cows by hand.

But, a drive to improve the quality of milk products, he said, means that the entire dairy chain is modernising with a focus on quality.

“We are encouraging dairy farmers to extend the dairy chain. Modern Dairy has started a whole industry chain development model from farmer right through processing.

“If you produce an unsafe product and the media reports it you go bankrupt.”

“Food security is heaven”, he said and it is the main concern when importing milk powder.

New Zealand supplies 78% of milk powder, while the EU supplies 8% of China’s imports.

Nearly half of the heifers imported into China come from Australia.

China imports significant amounts of alfalfa (nearly 1m tonnes annually) with 96% coming from the US.