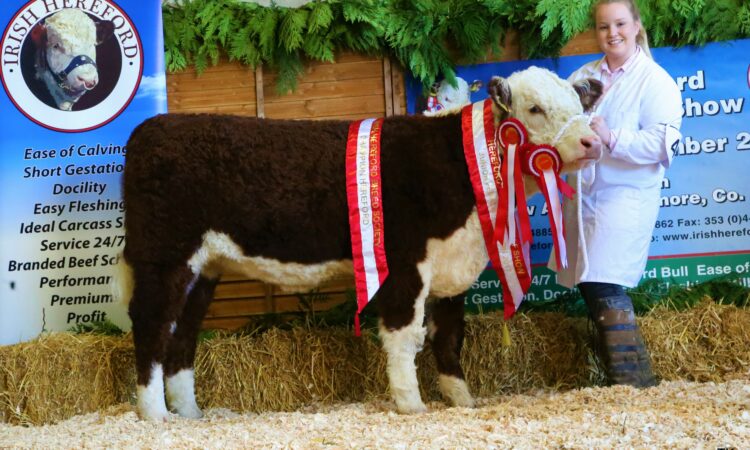 The Irish Hereford Breed Society will host the annual National Hereford Calf Show in the Show Arena of GVM Mart, Tullamore, Co. Offaly, this Sunday (November 11), at 10:00am.

A statement from the society has outlined that the Hereford breed is becoming increasingly popular with both dairy and beef farmers alike.

Launched on the Thursday of ‘Ploughing 2018’, the calf show has enjoyed “a great deal of success” since it began back in 2014 with top Hereford breeders from around the country battling it out for top prizes on the day.

There is approximately 120 entries for this year’s event, which promises to showcase a spectacular line-up of young Hereford calves.

Now in its fifth year, the show has generated interest from Hereford enthusiasts from across the water in recent years with breeders from the UK and Finland venturing over to enjoy the occasion.

Judging the proceedings this year is prominent Limousin breeder William Smith, owner of the Millbrook herd based in Oldcastle, Co. Meath.

There will be two young handlers’ classes on the day for Under 14 and Under 21 categories. Both are free to enter with trophies and medals offered as prizes.

After this there are five classes for both bulls and heifers with the ‘calf of the future’ added to this year’s event. The heifers will start the day off followed by the commercial class and finally finishing with the bulls.

Next up, there will be a junior and senior champion line up for both bulls and heifers with an overall champion selected at the end.

There will also be an opportunity for spectators present on the day to select the People’s Champion by recording their selected animal on a voting slip.

Votes will be counted at the end with a prize being awarded to the winner. 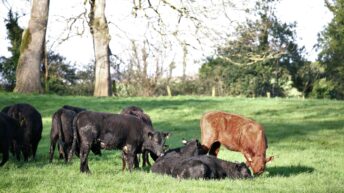