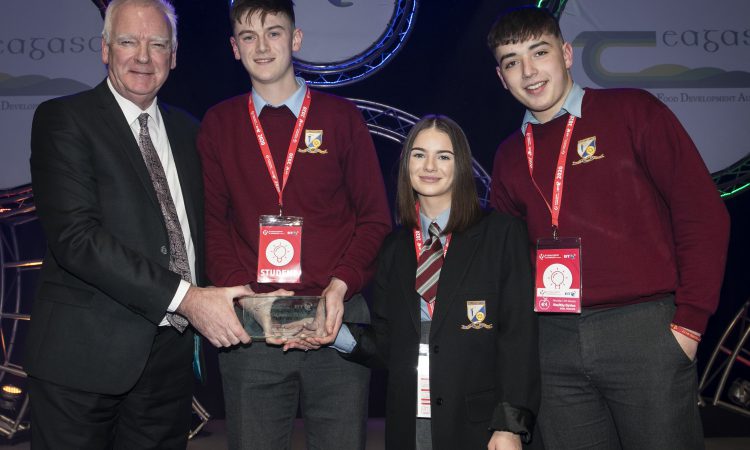 A project which investigated whether agriculture can be both profitable and sustainable for the future was the recipient of the Teagasc Special Award at the BT Young Scientist and Technology Exhibition 2020.

An herbal ley is a seed mixture of grasses, legumes and herbs, which – according to Teagasc – bring a range of benefits to forage, livestock health and soil fertility.

The project investigated if herbal leys could match or outdo the productivity of intensive farming and their influence on milk production.

The project was selected as the Teagasc Special Award winner by judges at the 56th BT Young Scientist and Technology Exhibition (BTYSTE) 2020, which took place in the RDS from January 9 to January 11.

They were presented with the award by the director of Food Technology Transfer, Teagasc, Declan Troy.

They also conducted a practical experiment using raised beds at their school simulating grazing conditions over a growth season.

The students explained: “One of the plants that stood out was chicory, which has a long tap root, making leys more drought-resistant.”

Student Bevin Murphy said: “Certain herbs included in the mixtures – such as Chicory – have anthelmintic properties, which helps to reduce the worm burden in livestock.”

The students also noted on their farm visits that there was a noticeable presence of wildlife on the herbal ley farms, particularly butterflies and bees, which are attracted to the plants.

We believe that herbal leys are the future of farming in Ireland. This subject is close to our hearts as two of our group members are from farming backgrounds and would like to make a career in farming. 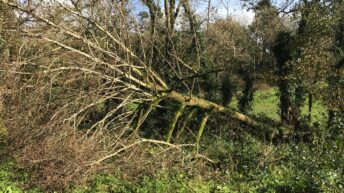 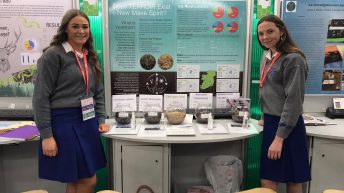