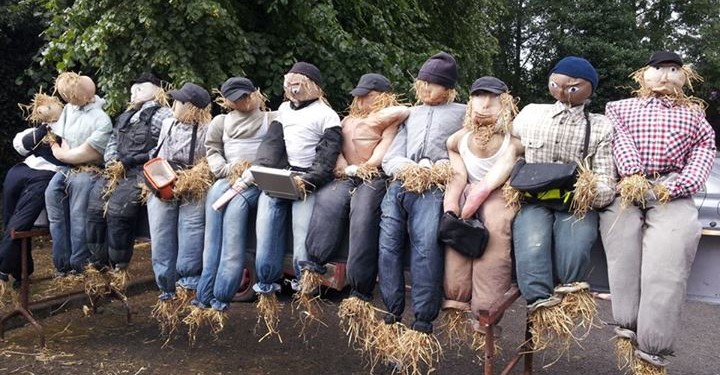 The Durrow Scarecrow Festival is now in its 4th year and has attacted 13,000 visitors to the Laois town this week.

Nominated for ‘Best Festival of 2012′ in the Irish Times Ticket Awards, the festival is fast becoming one of national acclaim. With a recorded attendance in the Scarecrow Village for the past two years, the festival has something for everyone and represents great family fun and  value for money.

The highlight of the rural festival this week is the All Ireland Scarecrow Championships where more than 120 scarecrows from the four corners of Ireland and even further afield will compete to win a prize. In addition, singer Imelda May was on hand to entertain the crowd.

Speaking to AgriLand, organiser Noleen Murphy said the town has a population of roughly 820, but come festival time an extra 300 scarecrows make an appearance along with an influx of up to 13,000 people throughout the week.”With a prize fund of €3,000 of which the overall winner will receive €1,000 competition this year is bound to be fierce,” she said.

There is plenty more on offer in Durrow during the festival including live music, craft workshops.

“We look forward to welcoming all tourists, families and festival-goers to Durrow where we hope they will forget about the challenges of daily life and have your heart filled with joy and your ears with laughter,” she added

The competition winners will be announced today. Below is a snapshot of some of the creative scarecrows on show, organisers, volunteers, tourists and singer Imelda May, images courtesy the Durrow Scarecrow Festival.