While many shows focus on the Best Dressed, the National Ploughing Championships are a little more down to earth in terms of fashion.

“You never know at the Ploughing what the weather will bring so the judges are looking for someone who can get the balance between appropriate and stylish,” said model and agency owner Celia Holman Lee.

Five finalists were selected throughout the day and judges had the tough job pinning down one Most Appropriately Dressed lady and gent.

The style worn by both men and women was a mix of landed gentry with plenty of tweeds and hats and ‘farmer chic’ with practical pieces such as Hunter wellies and light jackets. There were no skyscraper heels with wedge boots making a few appearances in the ladies fashion.

Men and women of all vintage were included in the competition with a number of the chosen gentlemen confessing that their wives had decided their attire for the day.

The coveted prizes for the winners included a €500 voucher for the Wineport Lodge and a custom fitted Louis Copeland suit.

Weather forecaster Audrey McGrath hosted the packed out show where many style addicts were happy to stand just to get a glimpse of the action.

Sharon Foley of Carlow won the Most Appropriately Dressed lady with a seamless mix of bright colours and nautical style. Sharon was humble in her acceptance of the award telling the audience that her outfit was “cheap and cheerful” with a beautiful scarf she received as a present from her daughter.

Armed with an umbrella and a cheery smile it was clear that Sharon was ready for whatever weather Ploughing 2013 brought. A good day for her family it was announced that both Sharon’s brother and father had competed in the Ploughing Championships today.

Mark Flood from Kildare secured the first prize in the gent’s competition. Mark sported a tasteful tweed jacket, a pair of Dubarry boots and an attention grabbing maroon hat. He was accompanied at the event by his two fashionable friends Sarah Cass and Danielle Gingell.

Both contestants took to the runway for a victory strut leading to cheers from the crowd. 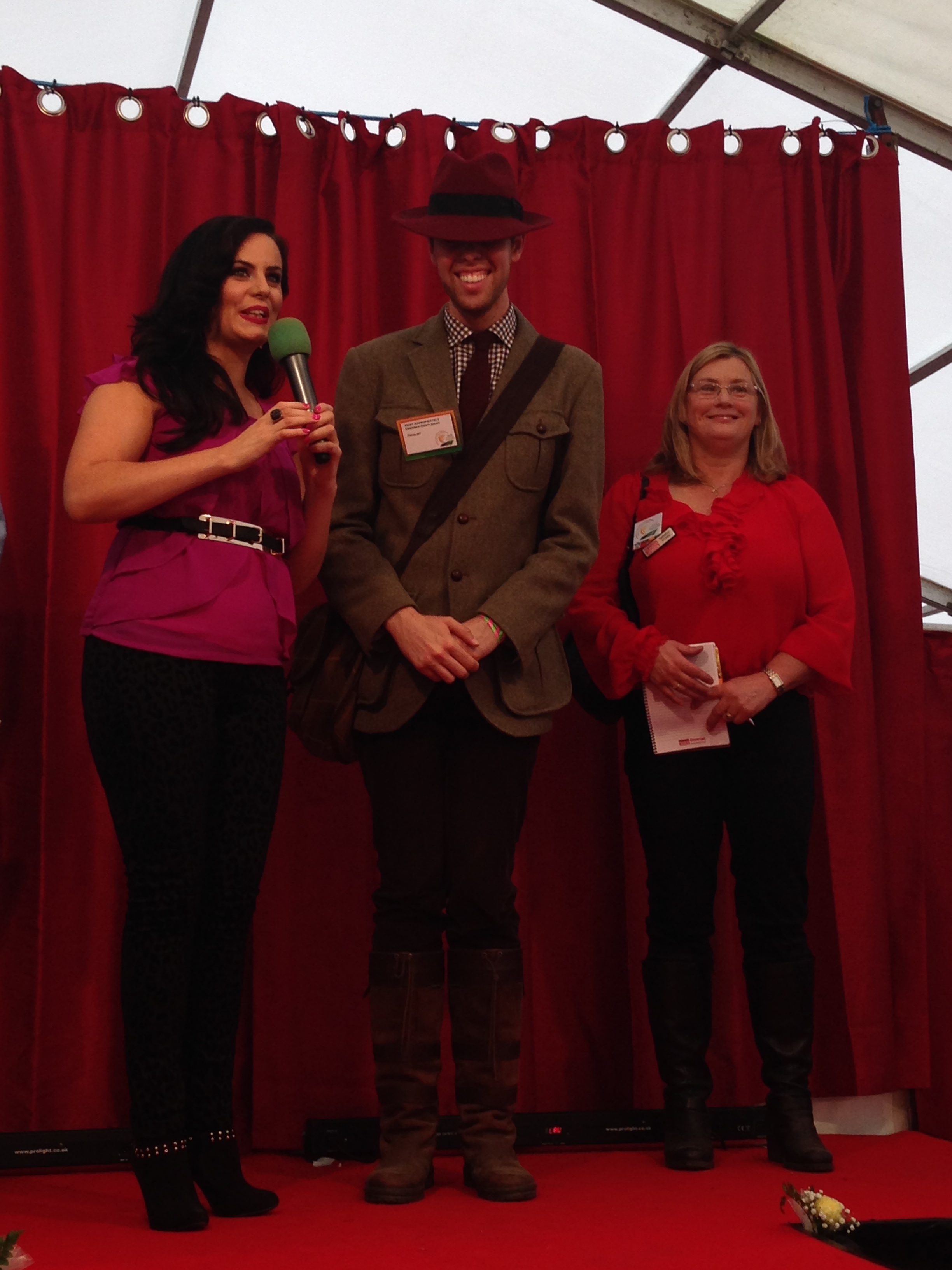