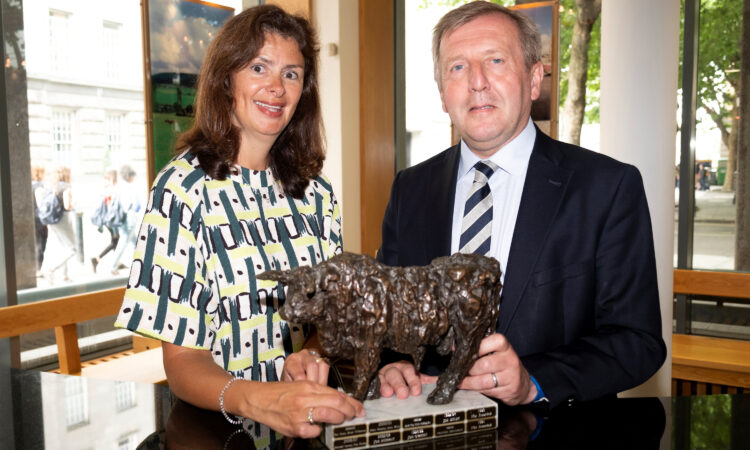 CEO of the National Dairy Council Zoe Kavanagh and Minister for Agriculture, Food and the Marine Michael Creed with 'The Bull' trophy. Image source: Ramona Farrelly

Are you a journalist involved in the media coverage of the agricultural sector? Do you have a story that you’re particularly proud of?

If so, you may be interested in submitting your story for consideration at this year’s Guild of Agricultural Journalism Awards.

The awards, which are held every two years, aim to encourage excellence in the coverage of farming, food and rural life on the island of Ireland.

The Guild of Agricultural Journalism Awards are open to journalists in national and local media and also to consultants in the communications sector.

Each entry will be assessed and scored by an independent judging panel from across the industry overseen by chairperson of the judging panel Zoe Kavanagh, chief executive of the National Dairy Council.

Speaking at the launch of the awards, Kavanagh said: “These biennial awards are hugely important in acknowledging the expertise and creativity of our agri journalists and communicators.

“These professionals work tirelessly to understand the many complex issues facing the agri-food industry and present them to us, the industry and general public, in an engaging and easily digestible manner.”

Advertisement
There are nine distinct awards categories as follows:

The awards are sponsored by FBD Insurance.

Commenting ahead of the event, Fiona Muldoon, CEO of FBD Insurance, said: “We are delighted to once again sponsor the Guild of Agricultural Journalism Awards, which celebrates the highest standards in agri-journalism.

“It has never been more important for journalism to communicate the issues clearly and to be of service to the agri-industry.”

According to the guild, there are attractive cash prizes for the winners in all categories.

The overall award – “The Bull” bronze trophy – plus a cash prize will be presented to the category winner deemed to be of exceptional merit by the adjudicating panel.

For those interested in taking part, details of the awards and entry forms are available on the guild’s website.

The closing date for entries is Friday, August 31. The awards will take place on Friday, November 2, in the Castleknock Hotel and Spa, Dublin. 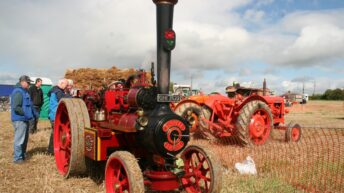 A trip down memory lane beckons in Knockbridge