‘Embrace tractor’ made a pitstop at Virginia Show 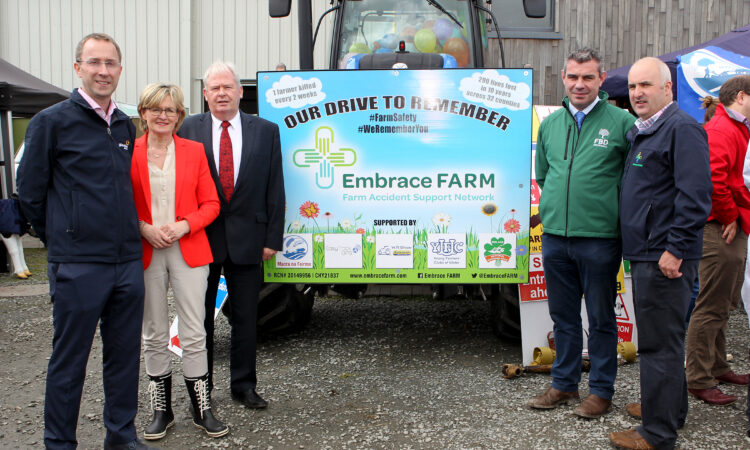 The Embrace FARM Tractor Drive pulled into the Virginia Agricultural Show in Co. Cavan yesterday for a quick pitstop, before heading back out on its countrywide journey aimed at raising awareness of farm safety.

Many high-profile representatives of the agri sector were on hand to welcome the voluntary drivers – including Brian and Norma Rohan, founders of Embrace FARM which is a network that supports those affected by farm accidents.

The tractor – a New Holland – was donated by WR Shaw of Tullamore and is being driven by a Macra na Feirme and the Young Farmers’ Clubs of Ulster (YFCU) volunteer. They’re travelling around all 32 counties of Ireland over the course of the next month to shine a light on those that have lost their lives or have been seriously injured in farming accidents.

The initiative – entitled ‘Our Drive to Remember’ – was launched at the Tullamore Show on August 12. The finishing point will be the opening day of the National Ploughing Championships on Tuesday, September 18.

Well-wishers were out in force yesterday (Wednesday, August 22), as the big, blue tractor arrived in Virginia driven by members of the Ramor Macra club.

Mounted upon the tractor is an ‘eternal light‘ representing those that have lost their lives around the island of Ireland.

With around 290 lives lost in the last 10 years – representing a farmer killed every two weeks across the 32 counties – the tractor displays these stark statistics to remind people to always be aware of the farming environment and to farm safely.

The light will also be displayed during the National Ploughing Championships once the tractor has reached its final destination. 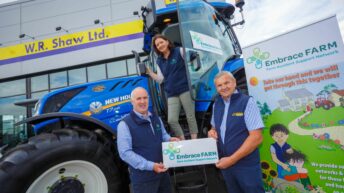 Embrace FARM gears up for 32-county ‘Drive to Remember’