Growth in agri-food exports to EU outpaces shipments to Britain

The growth in agri-food exports to the EU was higher than increases in shipments to Britain in the first five months of the year, according to the latest figures from the Central Statistics Office (CSO).

Published on Monday, July 17, the data showed the value of food and live animal exports to Britain was €1,114 million between January and May – an increase of 2.2% compared to the same period in 2016.

However, the value of food and live animal exports to the rest of the EU was €1,246 million between January and May – an increase of 8.4% compared to the same period last year.

The value of overall exports to Belgium alone was higher than to Britain – at €1,298 million compared to €1,242 million in May, respectively, with the EU accounting for 52% of all Irish shipments for the month. 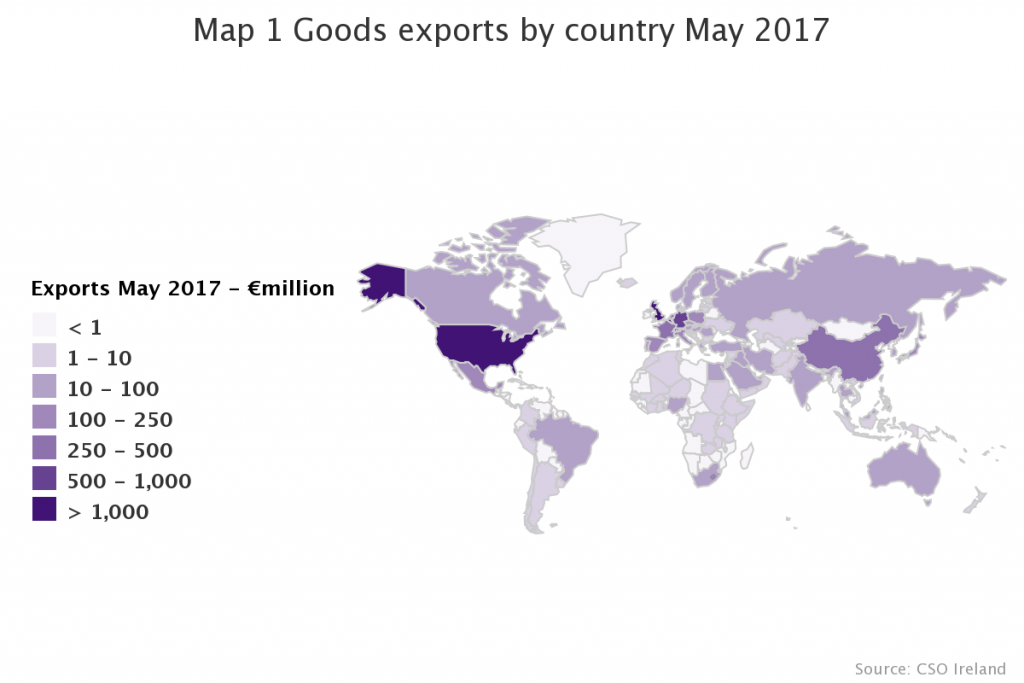 The figures come amid a fresh warning from IFAC Accountants over the potential impact of Brexit on the Irish agricultural sector, with Brexit specialist Claire Walsh describing any re-introduction of tariffs between the UK and Ireland as “crippling for Irish farmers”.

The firm highlighted that 37% of all food and drinks exports went to the UK market last year, including half of all beef shipments – worth €1.2 billion – and 25% of dairy exports.

According to IFAC, the value of agricultural exports to Northern Ireland was €750 million out of a total of €4.1 billion in food and drink shipments to the UK in 2016.

As such, the accountancy firm has called for Ireland to diversify its agri-food markets and to defend the country’s share of subsidies under the Common Agricultural Policy (CAP), once the UK leaves the European bloc.

Walsh said: “Irish farmers in the beef, suckling and sheep sectors are most exposed to the effects of Brexit. My advice for clients preparing for Brexit is to focus on cost efficiency; carefully assess any capital investment projects and apply a discount factor of 3-5% on future [Basic Payment Scheme] payments.”

Meanwhile, a leading British academic has said the UK would better off securing a special trade deal on food with Spain than with Ireland.

Speaking to AgriLand earlier this week, Prof. Tim Lang, of City University London, said Ireland “should be very angry indeed” over the UK electorate’s decision to leave the EU.

Brexit: More important for UK to get special food deal with Spain than Ireland