Growing a sheep farming business from 23ac to 400ac in Co. Mayo 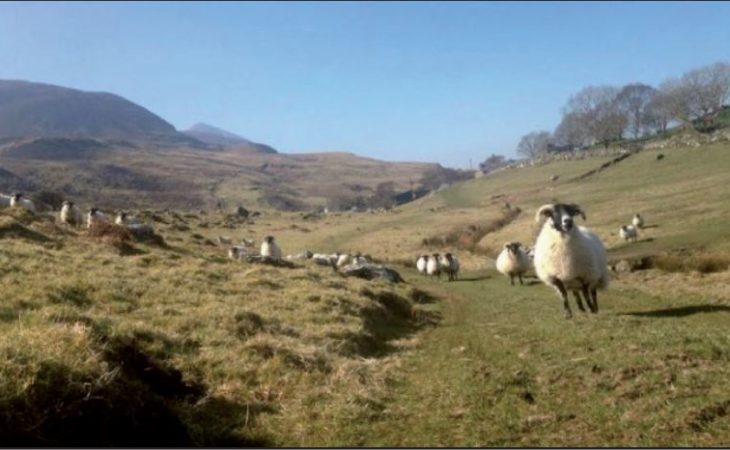 At the recent Teagasc Hill Sheep Conference, Joe explained that much of the land is under mountain grazing and some of the farm ranges up to 1,200ft above sea level.

“The terrain is a mix of heather, blanket bog, upland grazing and some good-quality lowlands. We keep 600 Scotch Blackface ewes. The flock is made up of Lanark / Mayo Connemara crosses.

“Furthermore, we have a small flock of pedigree Bluefaced Leicester ewes. We also purchase around 20 weanling cattle each year to sell off grass the following autumn,” he explained.

Touching on his route into farming, Joe said: “I left school at the age of 13 to work on the family’s hill farm. At the time, the farm consisted of just 23ac.

“This included 6ac of owned, fenced land and 17ac being our share of the commonage, which was not fenced.”

At 17, Joe rented some land in his own name and bought 200 Scotch Blackface ewes. As soon as he was eligible, he applied for a herd number.

“We were fortunate over the years that a couple of neighbouring farms came up for sale and we were in a position to buy them; giving us a reasonable land base to work with.

After buying this land, we were able to set up a grazing system by fencing the commonage land. I was lucky to have a contracting business that my brother and I set up, as this provided me with steady employment and a source of income over the years.

“I work off-farm seven or eight months of the year with the contract work of sheep shearing and sheep showering businesses,” he said.

Touching on the system operated, Joe said: “We operate basically two flocks. The best 200 ewes are picked for breeding with Scottish Blackface rams to produce our own replacements. The remaining 400 are mated to Bluefaced Leicester rams.”

With the latter group, Joe aims to produce females for sale at the Mule and Greyface breeding sales in Ballinrobe and about 250-300 Mule ewe lambs are produced on the farm each year.

“I am confident that the Mayo Mule is a very suitable ewe breed type for part-time farmers. They are great mothers, well capable of lambing on their own with little supervision and are well capable of rearing two good, fast-growing lambs.”

In addition, he said, they are also prolific and are able to deliver weaning rates of 175% – and even more – when properly managed.

The importance of genetics

Joe believes that the quality of the Bluefaced Leicester ram is very important.

“In my view, it is well worth spending an extra bit of money on the ram. Because of AI in sheep, it is now possible to access the top sheep genetics at a relatively low cost. 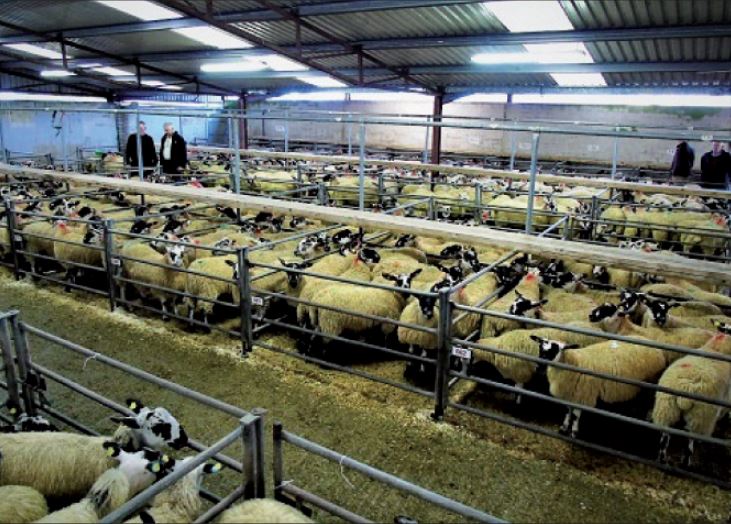 In addition, a number of years ago, he introduced Lanark genetics to his ewe flock. On this, he said: “I believe this has brought great improvement to our breed of sheep over the years.

With the introduction of Lanark genetics, the Mayo-based farmer has seen a noticeable improvement in the carcass weights generated from the ram lambs.

This is especially noticeable in our Blackface rams lambs. These lambs are now killing on average 4kg heavier than ten years ago.

Joe is a member of the Mayo Mule and Greyface Group and he sees the producer group approach as being very important when it comes to marketing lambs.

“I joined the group in 1995 and in 2014 I became chairman. The group has three sales in autumn with the premier sale having around 3,000 Mule ewe lambs and hoggets on offer.

“The special breeding sales are a great way to sell. The sellers have an opportunity to put top-class sheep together for this sale that they know buyers will be interested in.

“From the buyer’s perspective, when they come to these sales they are confident of the spec of the lambs on sale.”

The male lambs born on the farm are sold through another producer group, the Mayo Blackface Group. This was set up in 2014 and currently deals with Kildare Chilling.

A focus on grazing

Although much of Joe’s land is under mountain grazing, putting fences in place meant that he was able to make better use of the land. This move also facilitated the out-wintering of ewes on the rough grazing.

We regularly take soil tests where appropriate on the better-quality land and attempt to maintain soil fertility at an optimum level. This includes applying lime as well as phosphorous and potassium according to recommendations.

“Liming is important to maximise the value we get from fertilisers. We also attempt to maintain pasture in good condition by reseeding some of the better-quality land over time,” he said.

Last year, Typhon was grown as a catch crop to finish lambs at lower meal feeding rates. 6ac of Typhon was planted in total and 350 lambs were finished over three grazings.

“This was under-sown with grass seed. However, we have noticed that the new grass is patchy; but hope that it will thicken in spring time when we apply some fertiliser. We were very happy with the results and we intend on sowing some again in summer 2018.”

We aim for a weaning rate of 1.5 lambs reared per ewe mated. We get the ewes scanned around the middle of February. We leave the singles outdoors to lamb, while those carrying twins are housed.

“We have both slatted and straw-bedded accommodation. Those with twins or triplets need extra care from the weather and especially from foxes,” he added.

Concerns for the future

Joe also touched on a number concerns that he has for the future of hill sheep farming.

Joe’s envisaged challenges for the future:

Concluding, Joe said: “I have been farming all my life. It has always been a family business and continues to be that way.

“While it often takes a lot of hard work and determination, I believe it is a great way of life and a great environment to bring up a family.

I would love to continue farming and eliminate the off-farm work. I believe it is important to maximise the use of whatever land is available to me and have always tried to do that.

“This includes effective use of fertiliser, operating a rotational grazing system and taking good care of livestock.

“By working with other farmers in a group approach to marketing, it is possible to exploit whatever potential there is in the market. By operating an effective breeding programme, it is possible to produce good-quality stock that buyers demand,” he said. 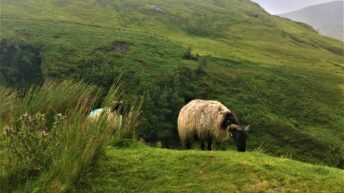