MEP Mairead McGuinness is in line to succeed the current president of the European Parliament (EP) – pending the results of Italy’s general election taking place this weekend.

Deliberations have been mounting over the last 48 hours after Italian billionaire media tycoon, Silvio Berlusconi, announced that current EP President Antonio Tajani would be his candidate for prime minister if his centre-right grouping wins the election tomorrow.

If Berlusconi’s Forza Italia party claim the majority of seats tomorrow night, and Tajani is summoned to Rome to be the next prime minister, McGuinness, current EP Vice-President, would automatically be elevated to the office of interim European Parliament president.

The official process of MEPs voting on a successor by open ballot would likely take place between April and June.

However, speculation is already building in Brussels that McGuinness is the “obvious” candidate.

In a statement on his Twitter page last Thursday, Tajani declared his desire to go back and serve Italy: “I thank Mr. Berlusconi for his act of esteem toward me. I gave him, tonight, my willingness to serve Italy. Now every further decision is up to our fellow citizens and the President of the Republic”.

Although the potential outcome of the Italian election is still unclear, this declaration by Tajani puts McGuinness – a representative of the Midland-North and West constituency and a Co. Louth native – in a promising position for the future.

In a statement to AgriLand, her office said: “Mrs. McGuinness does not want to engage in speculation. This is a question for the president, Mr. Tajani, in the first instance and as first VP McGuinness works very closely with him.”

On an optimistic note, the spokesperson highlighted the popularity of the Fine Gael politician and European People’s Party (EPP) member, among the EU assembly.

She enjoyed the support of 75% of members of parliament in 2017 when she stood for the position of [EP] vice-president.

The Brussels-based EU Observer has reported that although small European Parliament political groups, such as the Greens, “have a track record of putting forward surprise candidates to stir things up”; a senior source described McGuinness as the “obvious choice” as she has been Tajani’s deputy, and because the EPP wants to retain the post.

The senior source told the EU Observer that “McGuinness has legitimacy, she’s a woman, and she’s used to the [EP] bodies related to the presidency.

“McGuinness is used to presidency duties because she has chaired dozens of sessions on Tajani’s behalf,” the source said.

The last female president of the European Parliament was Nicole Fontaine, 15 years ago – before that it was Simone Veil, in the 1980s.

Although the Italian election is set to take place tomorrow; it is anticipated that a result will not be known until Monday (March 5). 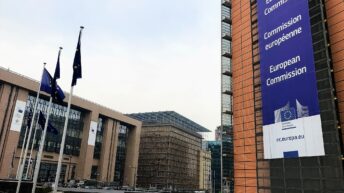