Thaw on the way – but milk collection challenges persist 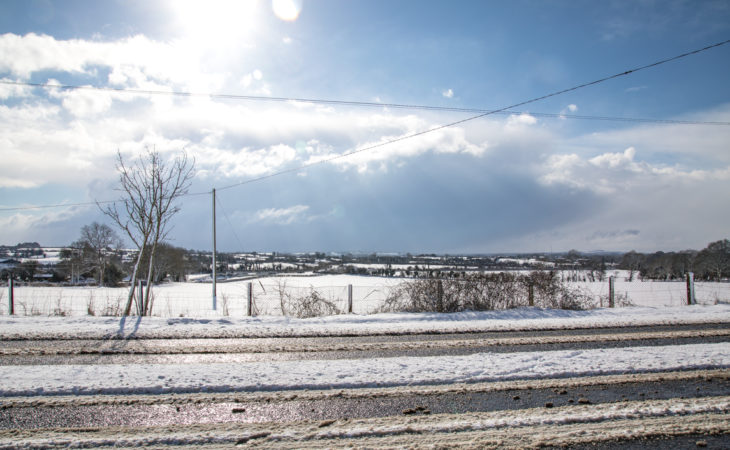 Met Eireann has downgraded its red alert to a Status Orange snow-ice warning for Munster, Leinster, Cavan and Monaghan until 6:00pm this evening – but milk collection concerns remain.

A Status Yellow snow-ice warning will also be valid in Connacht and Donegal over the same period.

The national forecaster said there will be some snow this morning; while authorities warn that there are widespread treacherous surfaces due to ice and lying snow.

ESB has said that 25,000 homes, businesses and farms remain without power this morning.

Rain is expected to begin to spread from the south today which will start the melting process; however, Met Eireann also cautions that this may lead to potential flooding.

The National Emergency Co-ordination Group (NECG) has warned that conditions “are and will” remain very difficult and the public are advised to continue to exercise “high levels of caution” for their own safety in the accumulated snow and icy conditions.

An NECG representative said: “There are variations in storm impact across the country. Our services are working to open the principal road networks and to get public transport operating again. Many roads remain impassable.

“We continue to advise that only those working in essential services and those who have roles in getting the country back to normal should undertake journeys,” he said.

People who need to undertake essential journeys are uged to take account of circumstances locally before deciding to undertake those journeys.

Irish Farmers’ Association (IFA) president, Joe Healy, has written to the Minister for Housing, Planning and Local Government Eoghan Murphy and the NECG, regarding the urgent situation facing a rapidly rising number of dairy farmers whose milk cannot be collected.

The association is asking that local authorities co-ordinate their actions with co-ops to prioritise the clearing of roads leading to dairy farms.

“Milk is normally collected by private hauliers on contract to milk processing co-ops, using both articulated and rigid tankers, the latter being better able to handle difficult conditions.

“The hauliers have done trojan work since early this week to collect milk before the storm hit, and to keep collections going for as long as possible last Wednesday and Thursday.

However, now, in many of the co-ops’ catchment areas, milk collections have had to be suspended.

Healy warned that most dairy farms farmers have static refrigerated milk storage tanks that can hold up to two days’ worth of milk.

He said that already, some farmers have filled these and they will have to dispose of milk if it is not collected urgently.

This is obviously seriously problematic from a food wastage point of view and would cause a massive economic loss to the farmers concerned.

“If it continues it could also affect the availability of fresh milk on supermarket shelves,” he concluded. 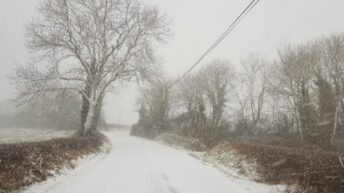 Milk collection services set to be disrupted across the country