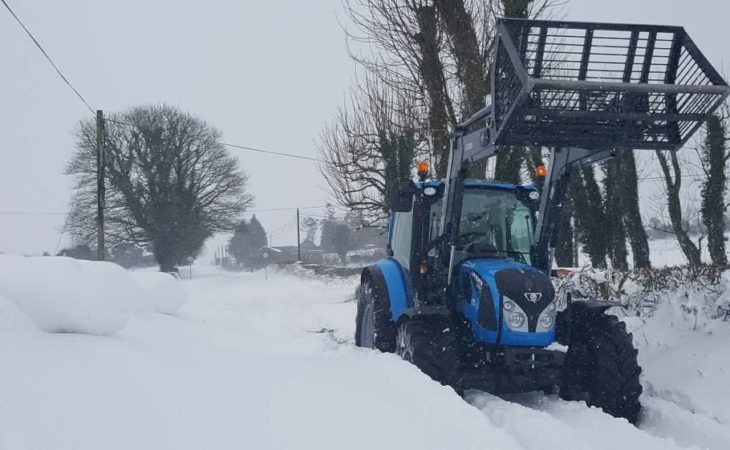 Government approval has been given to farmers and those with heavy equipment to clear local roads, once they do so with common sense and on a voluntary basis.

With heavy snow falls in the past few days, as well as significant snow drifts, farmers have been battling the extreme weather conditions to tend to their livestock.

Many roads across the country are impassable; some have improved in recent hours due to the thaw that is setting in.

Farmers and contractors alike have been working to clear their local roads as best they can since the snow fell, alongside the efforts of local authorities.

Milk collection services ground to a halt in some areas in the past few days, as lorries were unable to gain access to some farmyards – with a certain amount of farmers having to dump milk as a result.

News of this approval was welcomed by the president of the Irish Creamery Milk Suppliers’ Association (ICMSA) Pat McCormack.

We welcome the announcement that farmers can go out and clear the roads, because it’s not going to be feasible for council operatives to get to every by-road around the country. Hopefully it will speed up the clean-up.

“But they need to be mindful of safety and we would urge farmers not to take risks, to take sensible precautions and to bring someone with them when they are out clearing the roads,” McCormack added.

Worst snow fall in over 35 years

This has been an extreme period of weather with the extent and severity of it considered on a par with the big snows of 1947, 1962/63 and most recently 1982, according to the NEGC.

In an update, the group added: “Storm Emma and the very heavy snowfalls it brought since Thursday evening are greatly diminished.

“While there may be some further snow showers today, our Met Eireann colleagues tell us that warmer air brought by Storm Emma displaced the Siberian air which has produced very low temperatures since the beginning of this week.

Most of Leinster and Munster from Meath, Kildare, Dublin, Wicklow Carlow, Wexford, Waterford Kilkenny Tipperary has been deeply covered in snow with very significant drifts in many places.

“As the thaw sets in, conditions are and will remain very difficult. The public are advised to continue to exercise high levels of caution for their own safety if out and about in the accumulated snow and icy conditions,” it said. 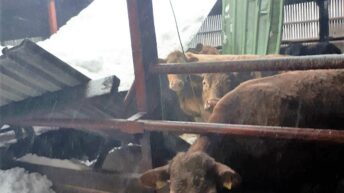